Bigg Boss 14 Day 13 Highlights: Sidharth Shukla gets into a war of words with Gauahar, Hina and Rubina as Jasmin Bhasin beats Nikki Tamboli in bouncy task

Salman Khan's controversial show Bigg Boss 14, which kickstarted with a bang on October 3, is having a great run in its week 2 as well. This year's contestants Eijaz Khan, Nikki Tamboli, Rubina Dilaik, Abhinav Shukla, Jasmin Bhasin, Nishant Singh Malkani, Shehzad Deol, Jaan Kumar Sanu, Pavitra Punia and Rahul Vaidya are giving a tough compeition to each other. Toofani seniors Sidharth Shukla, Hina Khan and Gauahar Khan are also present inside the house to guide the contestants.

Friday's episode was all about a massive fight between Sidharth and co-seniors Gauahar-Hina. Sidharth also got into an ugly spat with Rubina over her 'woman power' comment.

- The day started on a light note with Nikki asking Jaan to sing a song for her. He quickly goes and learns the song from Gauahar, Hina and Sidharth and sings it for Nikki. She gets impressed and gives him a hug. 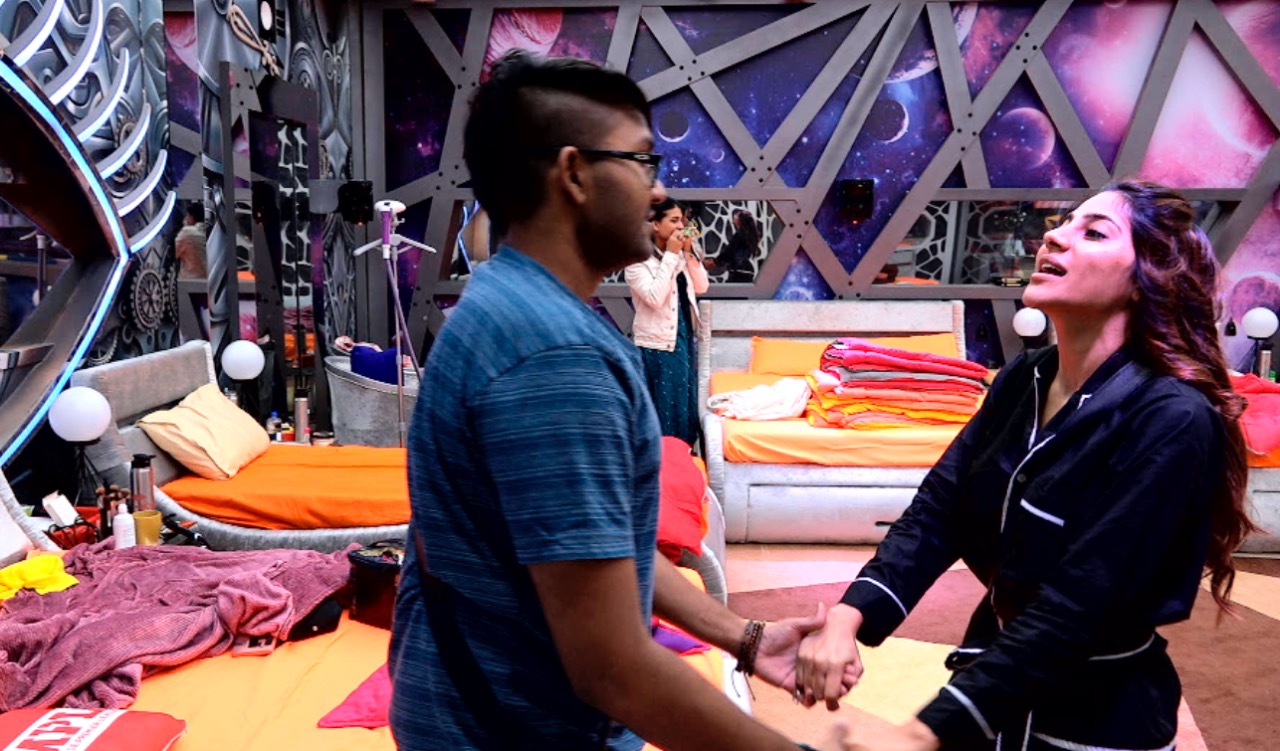 Recommended Read: Bigg Boss 14 Day 12 Highlights: Pavitra Punia, Eijaz Khan and Nishant Singh Malkani win all their personal items from the BB Mall; get into a verbal spat with opponents

- Soon after, Gauahar told Nikki to keep an eye on the housemates and if they were completing the kitchen duties, or not. Gauahar asked Nikki to take the chain of command in her hand. However, Rubina and Abhinav found this unfair and blamed Nikki for targeting them without any reason.

- In the afternoon, Bigg Boss announced the samaan task (bouncy ball). Next up for the task were opponents Abhinav and Jaan. The two collected maximum balls in their net baskets but it was Abhinav who beat Jaan with a high margin. Abhinav won the task and also all his personal stuff from the BB mall. 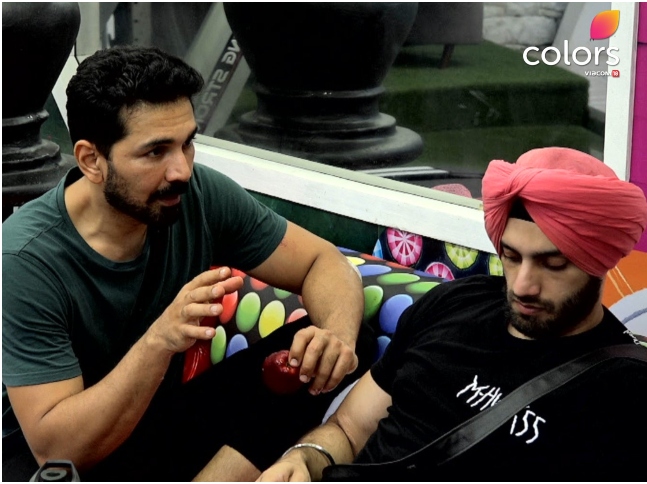 - As soon as Abhinav won, wife Rubina got super happy as she said she can now wear his T-shirts. Everyone congratulated Abhinav while Jaan looked disappointed with his performance in the task.

- Next up were enemies Jasmin and Nikki. Their task began on a fair note, however, Nikki tore Jasmin's basket completely after which Jasmin gave her a tough fight and snatched her basket. 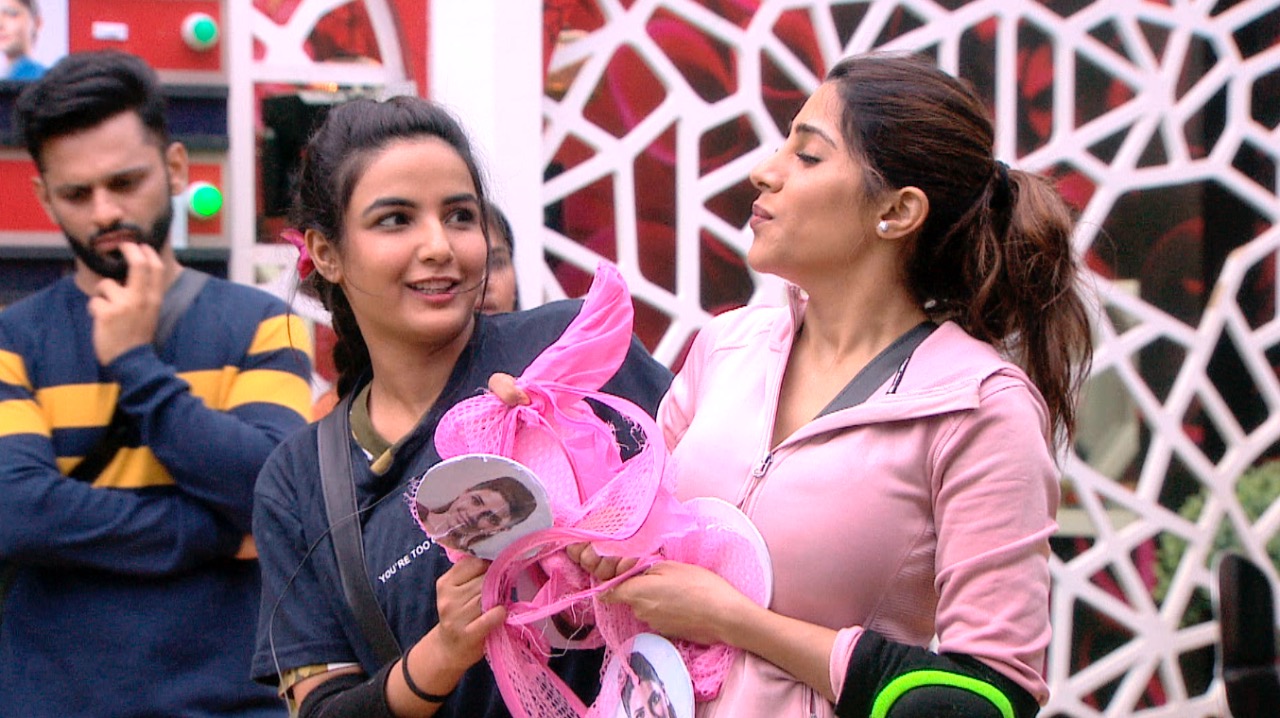 - Jasmin got angry and told Nikki that she is 'gandagi' and that she would never want to talk to a girl like that. The two ladies sat locking each other for the entire period of the task without collecting many balls. The buzzer then rang. - During the task, Hina and Sidharth got into a verbal spat as he kept telling her not to support Jasmin as she was the sanchalak. Hina refuted and told Sidharth to let her play her own game as she has done sanchalan a lot of times and knows what she is doing.

- Sanchalaks Hina, Gauahar and Sidharth could not come to a conclusion after the task got over as Nikki had 4 balls in her hands with a piece of the basket while Jasmin had 3 balls in her basket. The seniors got into an ugly fight as Hina and Gauahar supported Jasmin and Sidharth kept telling to make it a draw. After a huge discussion and couple of arguments, the sanchalaks went with majority that made Jasmin the winner. Sidharth wanted to make it a draw, however, Hina and Gauahar felt that Jasmin was the winner. 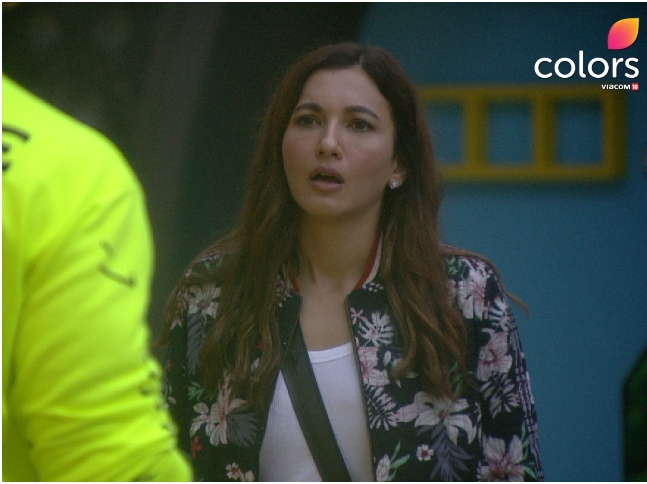 - While congratulating Jasmin, Rubina said 'women power' that made Sidharth super angry. He asked her to not degrade women like that and fought with her. Abhinav got into the fight to support his wife but Sidharth shut him up as well.

- Bigg Boss then gave a task to all BB girls wherein they were given a tag and had to get dressed accordingly. Rubina was given the confused tag, Jasmin got the nautanki tag, Nikki got the drama queen tag and Pavitra was given the khiladi tag. Pavitra impressed the seniors with her andaaz and won the task.

Bigg Boss 14 Day 26 Highlights: Eijaz Khan takes over the captaincy, becomes the decision-maker of the 'first tabadla' in the house