Renowned Bollywood playback singer Neha Kakkar entered into a new phase of her life by marrying the love of her life, Rohanpreet Singh on October 24 at a Gurudwara in Delhi. The couple, after their Anand Karaj at a Gurudwara, had a big fat Punjabi wedding ceremony with friends and relatives in attendance. They followed up their grand wedding ceremonies with a reception. Post the festivities, Neha and Rohanpreet returned to Mumbai this afternoon.

The shutterbugs in the city clicked Neha and Rohanpreet at the airport. Beaming with joy, the Indian Idol judge was seen holding her husband's hand as they walked out of the airport premise. Neha and Rohanpreet were twinning in white and blue. The singer looked chic and beautiful in a white and blue striped separates while Rohanpreet kept it cool and casual in track pants and a sweatshirt. They posed for the cameras happily. 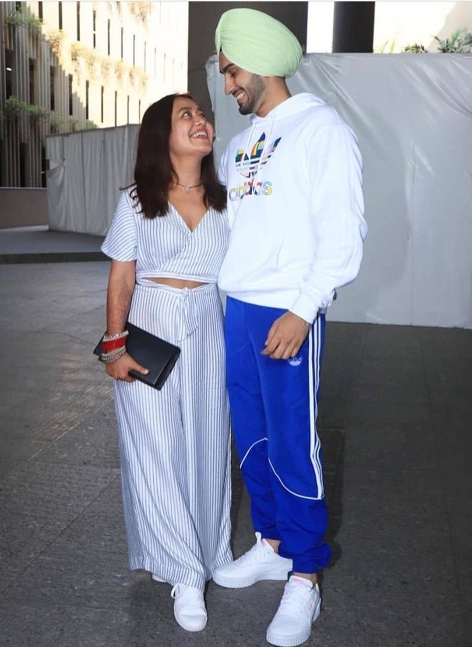 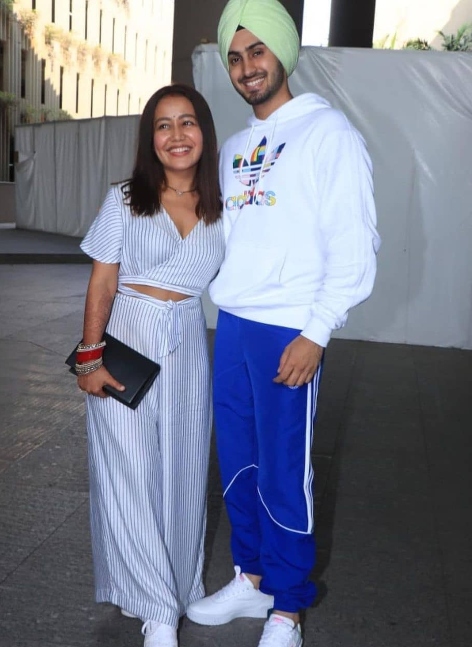 As per reports, Neha and Rohanpreet met each other on the sets of their recently released song titled Nehu Da Vyah. The music video was released a few days before the wedding. The wedding in Delhi was attended by celebrities like Maniesh Paul, Urvashi Dholakia, Urvashi Rautela and Avneet Kaur.

Neha will be seen in the upcoming Indian Idol 12 with Vishal Dadlani and Himesh Reshammiya.

Anushka Sharma flaunts her baby bump as she shoots for an ad; Sidharth Malhotra travels out of the city; Kartik Aaryan heads out for his birthday dinner

Heavily pregnant Anushka Sharma resumes work, shoots for an ad in the city

Deepika Padukone and Siddhant Chaturvedi pose with the peace sign for the paps; leave together after shooting for Shakun Batra's next