Advertisement
HomeVideosRishi Kapoor knew his son Ranbir was a great actor but he never bragged about it in public: Umesh Shukla

Rishi Kapoor knew his son Ranbir was a great actor but he never bragged about it in public: Umesh Shukla

One year ago, Rishi Kapoor - the legend of Hindi Cinema who was known as the 'Chocolate Boy of Bollywood', left for the heavenly abode and Indian cinema lost a gem. Known for his charm, aura and strong personality, the actor made his place in the industry the moment he entered it. Unfortunately, Rishi Ji breathed his last on April 30 after a two-year-long battle with cancer. He was 67 years old.

Now, remembering Chintu Ji, his 102 Not Out director Umesh Shukla spoke to PeepingMoon exclusively and shared some precious memories with him. The filmmaker got extremely emotional as he spoke about the sad demise of his dear friend Chintu Ji. 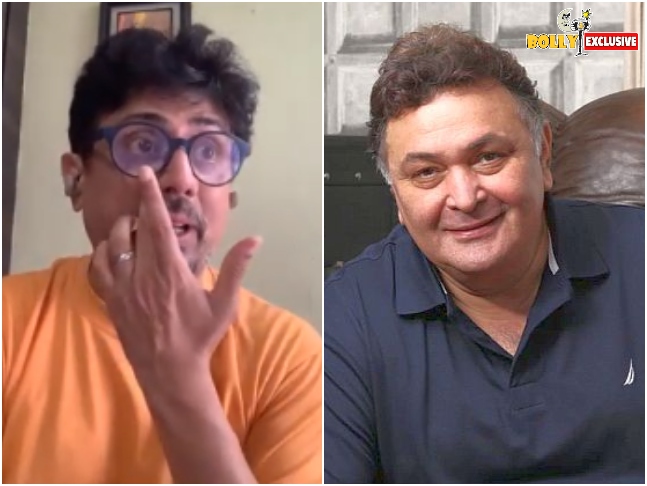 Recommended Read: PeepingMoon Exclusive: Director Umesh Shukla breaks down as he remembers Rishi Kapoor, says 'felt like a part of me left with him'

“It was such a time that we couldn’t understand what to do. Didn’t know whom to contact. For the funeral, only 20 people were allowed. Even when he went to the hospital, we didn’t feel like he will not come back. I thought it’s a routine check-up. He was very lively, don’t know how this happened. I still cannot believe it so it was very difficult to believe it back then. We were not able to look at him when he was taken in the van. It felt like a part of me left with him. It’s difficult,” said Umesh as he broke down.

I would love to do a 'Mother India' kind of story with my son Anmol: Poonam Dhillon

As a parent, I'm not here to control my kids Alaya F & Omar F, but to guide them- Pooja Bedi

Karan is besotted with Mehr, he thanks me everyday for giving birth to her: Ankita Bhargava

We are happy that Shola is giving people a sense of positivity: Rohit Saraf & AKASA