Bigg Boss 14 is becoming a sort of an endurance test for the contestants! The previous night was indeed a long one for those competing for the captaincy task in Bigg Boss. In the hunt for the new captain of the house, the contestants were put inside a box in the garden area to test their endurance.

While Aly Goni and Eijaz Khan had quit the task on its first day itself, Kavita Kaushik and Jasmin Bhasin gave a tough competition to each other.

- The day started with Rahul Vaidya and Pavitra Punia discussing Eijaz saving Jaan Kumar Sanu or Nikki Tamboli if he would have won the captaincy task. She revealed that she did not know that Eijaz will eliminate her since he thought that Rahul was biased towards Jasmin.

- In the captaincy task, Jasmin and Kavita became very determined and the task went on for more than 24 hours. Rahul, who was the Shanchalak of the task, also stayed up with the competitors.

- As the task went on over night, Bigg Boss announced Pavitra as a co-sanchalak to help Rahul and give him some rest. However, when Pavitra was the sanchalak, she helped Kavita by opening her box as she was getting suffocated inside. 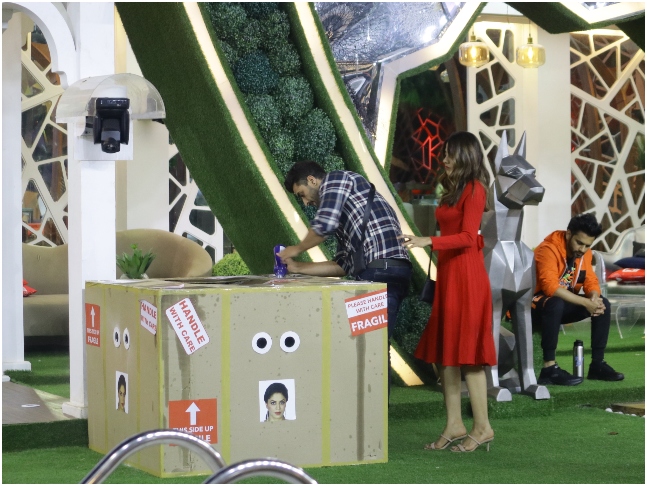 - Aly opposed this and Pavitra got into a major fight with him. He insulted Pavitra for talking ill about Toofani Senior and BB7 winner Gauahar Khan. Pavitra then told Aly to not talk bad about her unnecessarily as she was just doing her task.

- Jasmin then wanted to go for nature's call in the garden area. She decided to move her box a bit and do it in the garden. However, while doing so, her box was lifted a bit and Rahul, Nikki and Pavitra saw it. 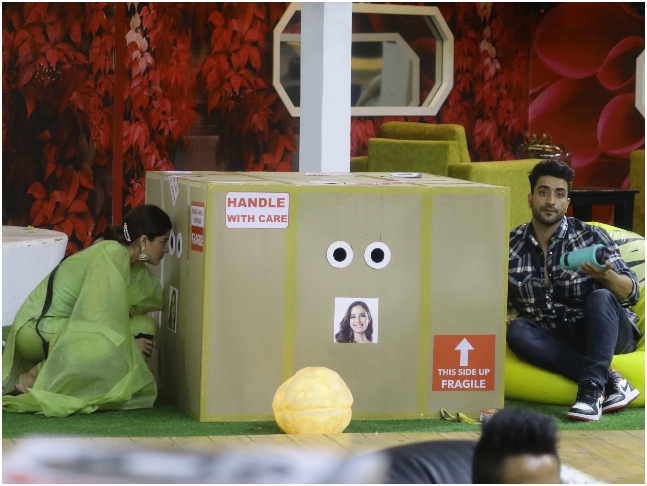 - The next morning started with a tiff between Kavita and Jasmin wherein she claimed that she deserved to be the captain of the house. This statement did not go well with Kavita and she started calling her ‘Badtameez Captain’, hearing that Jasmin didn't hold back her emotions and started taunting Kavita.

- Rubina then tried to explain to Abhinav how they should try to help Jasmin by provoking Kavita to quit the task. Abhinav refused to support Rubina in this strategy and he told her to not stoop down to do any task and just observe what others are doing. The argument continued when Rubina said that why should they be the ones to rile up things, Abhinav decided not to adhere to Rubina’s suggestion and walked off from the conversation. Rubina got upset with Abhinav’s behaviour and they decided to play their individual game. - Later in the day Bigg Boss announced that it had been more than 24 hours since the box started and it is Rahul’s decision to declare the deserving winner. Rahul started analysing the task and the activities done by the competitors. The fellow contestants got into an argument with Rahul on how Jasmin's box was lifted in the middle of the task. Rahul was very clear on his decision and made Kavita the winner. 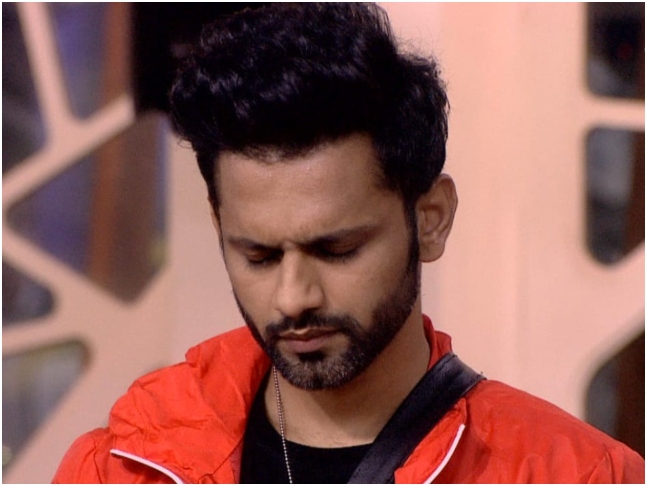 - This did not go down well with Aly, Rubina and Abhinav as they blamed Rahul and called him a fraud. He said he was just being fair as the sanchalak.

- Bigg Boss then announces the 'Goodness wali champi task.' The contestants were divided into two groups. Team A included Nikki, Eijaz, Rahul, and Aly. Team B consisted of Jasmin, Rubina, Abhinav, and Jaan. They had to guess the ingredients of the oil. After answering all three questions right, Team A wins the task. As a part of the punishment, the losing team gave the members of the winning team a refreshing head massage.

- After a fallout, Jaan and Nikki's bond yet again started blooming. The two were seen bonding well by the end of last night's episode.

Abhinav Shukla feels Rakhi Sawant pulling his shorts drawstrings in BB14 brought wife Rubina Dilaik and him closer, says 'It gave me a sense of belonging'