The Weekend Ka Vaar episodes have always been a highlight in Bigg Boss 14. Master host Salman Khan is on top of his game as he interacts with the contestants and sets things on the right track. Joining him in this exciting episode was the Czarina of Indian television, Ekta Kapoor. Both Salman and Ekta interacted with the contestants and gave them a set of activities that put a smile on everyone’s faces!

Sunday's episode was all about some interesting tasks for the housemates and Jaan Kumar Sanu bidding goodbye to the house after his eviction.

- Ekta then joined Salman and gave the housemates a hilarious activity. She asked them to imitate their fellow housemates and everyone is in splits about this activity! Kavita was made to act like Eijaz while Rubina had to act like Pavitra. Everyone, including Eijaz and Pavitra themselves, were seen laughing at the hilarious act that Kavita and Rubina put up! 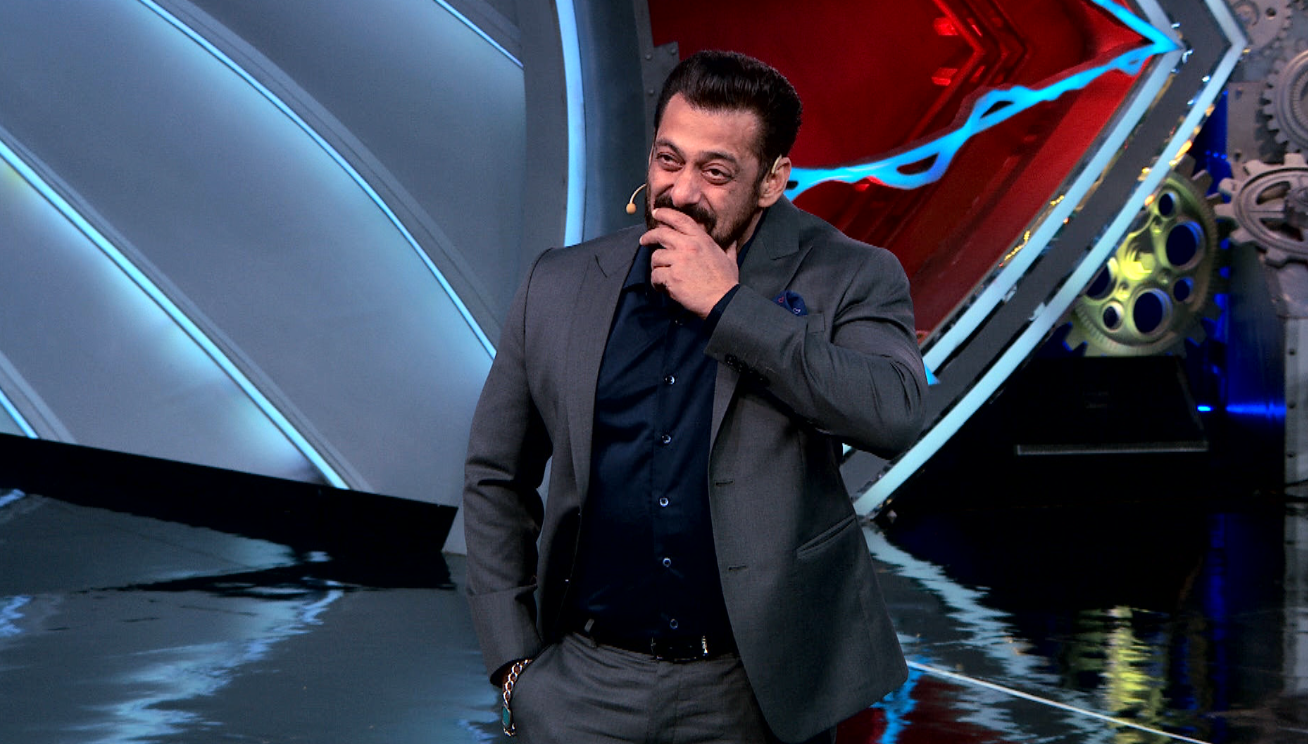 - Next up was Nikki Tamboli acting as Jasmin and Eijaz acting as Abhinav Shukla which made for some really hilarious situations. In fact, Salman himself mimiced Pavitra and the housemates and Ekta were all in splits!

- The fun and laughter turned serious when Ekta met the housemates face to face and drilled them about their game in the show. Ekta first asked Nikki why she took up certain issues and dropped them halfway. Nikki told Ekta that she is behaving just the way housemates are behaving with her and she does not see any real friends in the house. Rubina was also questioned by Ekta as to why her game always depended on her husband, Abhinav. Ekta explained to Rubina that she doesn’t always have to agree with Abhinav and that she does not need to follow him always but play her own game. 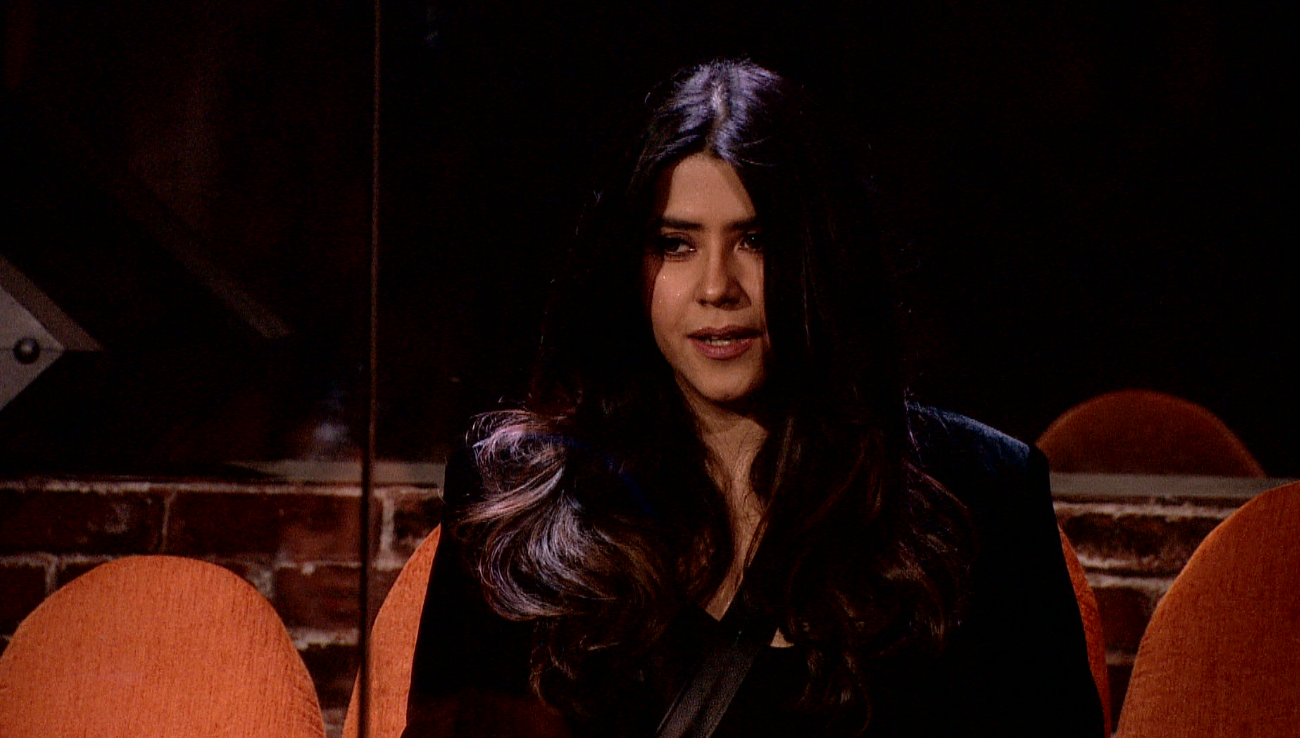 - Ekta then had a major power to give the immunity stone to someone. She chose Rubina for it and asked her to choose it wisely. 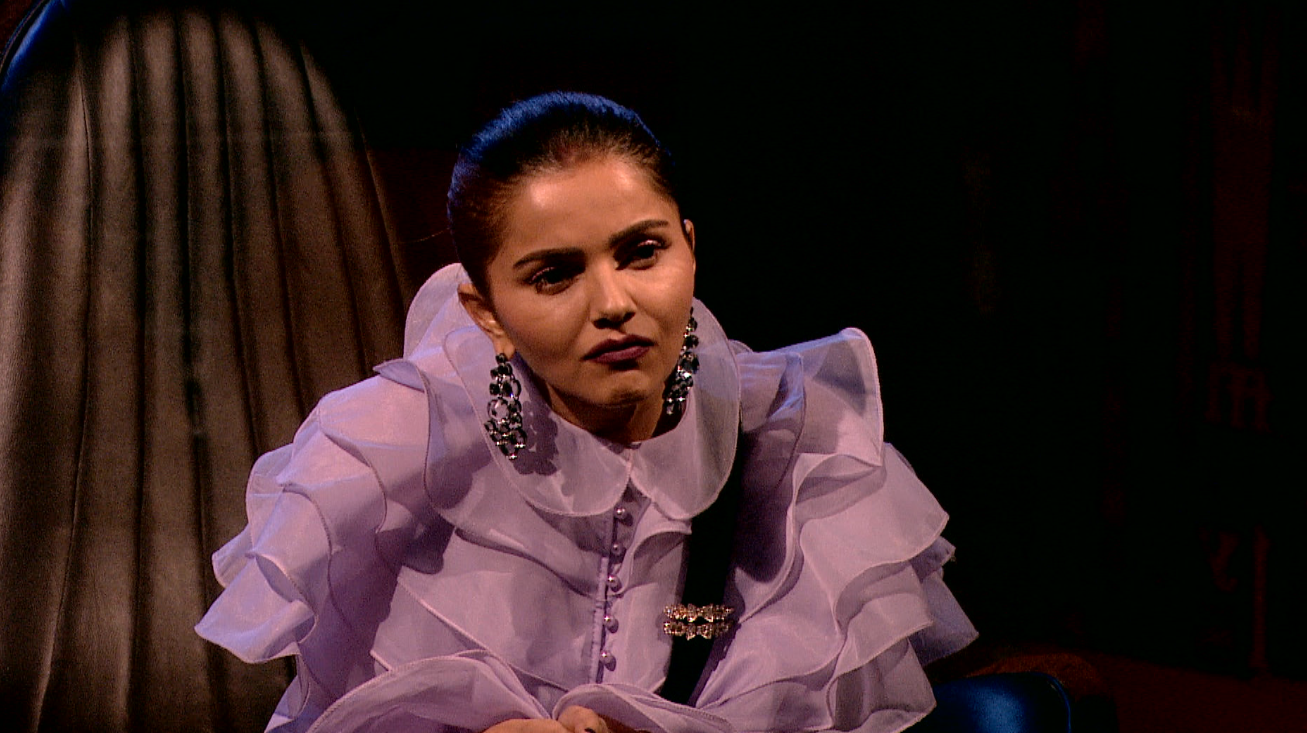 - Next up was an activity given to Kavita Kaushik who has to put a red stamp on the faces of those contestants who she felt did not deserve to be competing with her! As captain, Kavita first chooses Aly and brands him with the stamp. Next up is Jasmin, who changes the game and imitate Kavita as she describes why Jasmin isn’t fit to compete with her. Her mimicry lits a smile on everyone’s faces and even Salman compliments her for it! 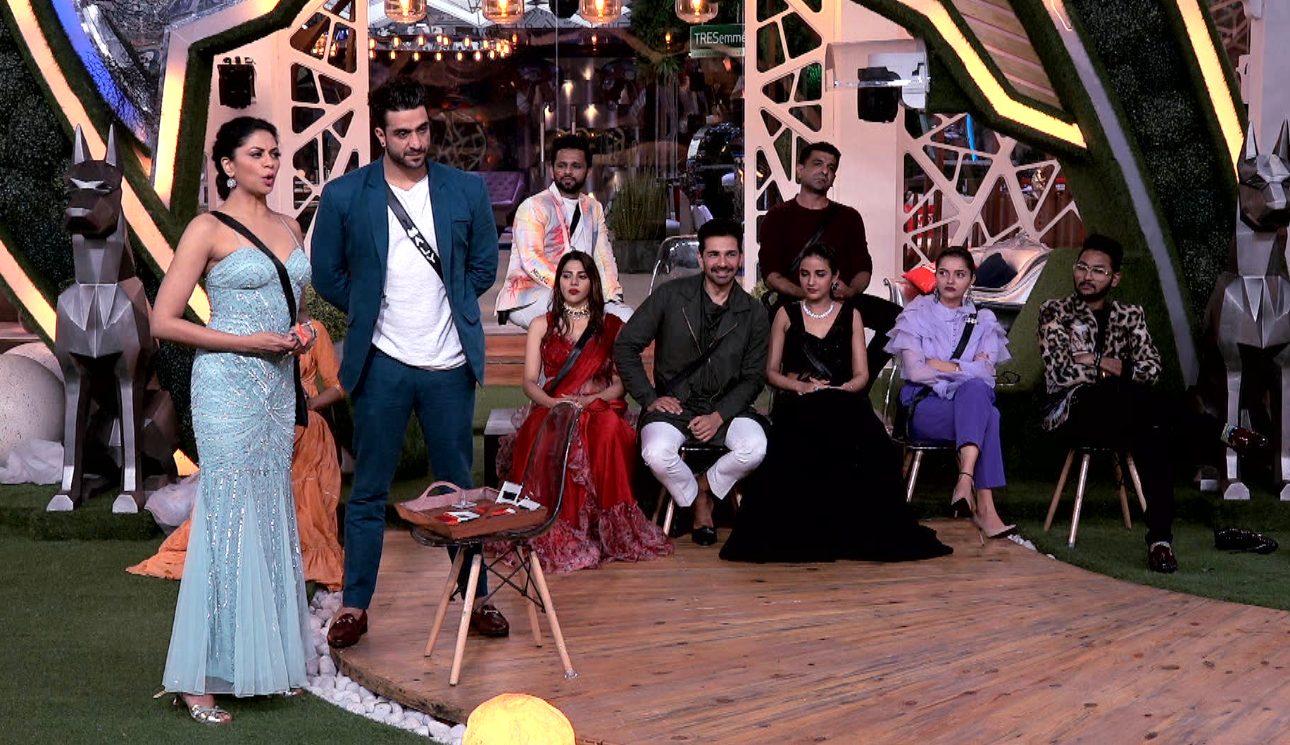 - Salman then announced eviction and according to audience votes, Jaan Kumar Sanu was evicted. Jaan got emotional and broke down while hugging Eijaz, whom he considered his elder brother. Housemates bid adieu to Jaan and wished him luck.

- After Jaan's eviction, Nikki could not stop her tears as she admitted that she did not behave correctly with Jaan and disrespected him a lot. Kavita explained her to maintain her friendship with him outside the house.

I love her, my intention is honest, pure and pavitra: Eijaz Khan opens up about his relationship with 'Bigg Boss 14' co-contestant Pavitra Punia