Jasmin Bhasin exited the Bigg Boss 14 house on January 10. In the show, she shared a special bond with Aly Goni, Rahul Vaidya and Abhinav Shukla. However, her equation with Rubina Dilaik made headlines. The two actresses started off as good friends but things got sour over a course of time. Talking to a leading daily about her friend turned foe, Jasmin clarified that she doesn't hold grudge against her. Calling Rubina's emotional outburst after her eviction a performance, Jasmin said her friendship with the former has no future.

"My friendship with Rubina Dilaik has no future. But I don't hold any grudge against her nor do I have any immunity. She claims herself to be so mature and understanding and in fact she thought everyone else in the house are fools. She has always said that she has the right realisations at the right time so, why didn't she understand this time. Maybe she understood after my eviction that it was the right time to say the dialogue and give a performance and she did that," Jasmin told. 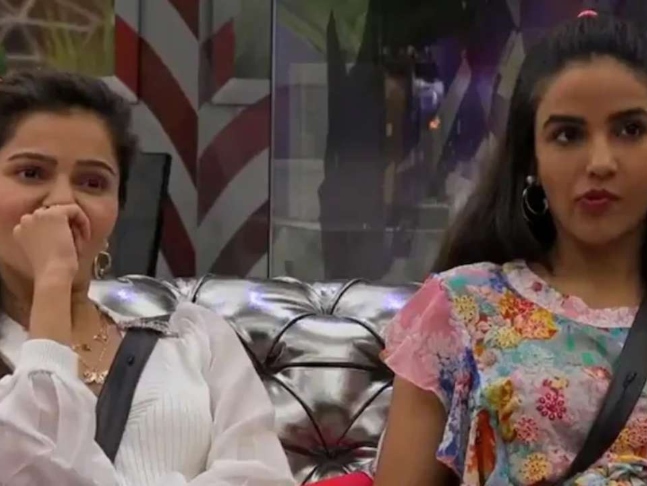 Recommended Read: Bigg Boss 14: Rashami Desai get into a Twitter war with Jasmin Bhasin, says 'seems like u want to create some Tamasha'

Calling Rubina arrogant, Jasmin added, "She knows who she needs to talk to politely and with whom she needs to be sweet to so that she moves forward in the game. And if she knows that a particular person is of no use to her she will be arrogant to her. She has arrogance in her nature. Rubina knows when to manipulate people, their conversations, sentences, words, she knows it very well."

Jasmin then said Rubina's husband Abhinav is a sweet person and she would like to continue her friendship with him outside the house. She added that she wouldn't mind chilling with Rubina but they can't be friends. "Abhinav Shukla is a really sweet person and I genuinely like him and I would definitely like to continue my friendship with him even outside the house. I don't mind hanging out with Rubina or chilling with her. It's nothing like she is a bad person or something, but we can't be friends," Jasmin shared.