Advertisement
HomeTELEVISION NEWSBIGG BOSSThis was a small part of the journey, our connection continues for a lifetime: Raqesh Bapat on quitting Bigg Boss 15 due to health reasons

This was a small part of the journey, our connection continues for a lifetime: Raqesh Bapat on quitting Bigg Boss 15 due to health reasons

Raqesh Bapat had entered Bigg Boss 15 a week ago as one of the wild card contestants. His ladylove Shamita Shetty, whom he met first on Bigg Boss OTT, was delighted. However, the actor's journey on the Salman Khan-hosted reality show was cut short due to his ill health. Raqesh was taken to a hospital after he complained of severe pain because of kidney stones. On Sunday's Weekend Ka Vaar episode, Salman informed that Raqesh has been advised complete rest by his doctors and hence, he has opted out of Bigg Boss 15.

This news broke Shamita's heart. The actress was in tears. Now, Raqesh has issued a statement addressing his fans. He wrote, "Sometimes life throws curve balls at you at important junctures and such has been my case. Your love pulled me back into the Bigg Boss house and yet the stay was short-lived because of health issues that cropped up. A health issue from 5 years ago has cropped up, unforeseen and painful. To all of you that have been asking, I’m much better and in recovery and as all of you have rightly said health comes first!" 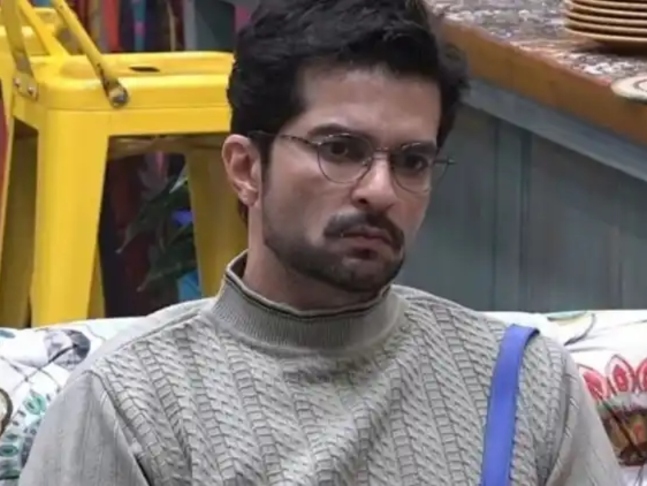 Recommended Read: Salman Khan informs Raqesh Bapat has quit Bigg Boss 15 due to health issues; Shamita Shetty says ‘as soon as the going gets tough, he runs away’

Talking about the bond he formed with Shamita and his fans, the actor said, "I've formed a special connection through this journey which has become precious, one which you guys have with love named 'ShaRa'. We both are proud to have all of you in our lives and for us the lens of positivity is most important. So keep the positivity flowing."

He concluded the note saying, "Remember if it wasn't for my health, I would be entertaining you inside the house. I never wanted to leave without a proper goodbye but little did I know in that pain, that this would become my exit. Yet all I can say is this was a small part of the journey, our connection continues for a lifetime as I'm looking forward to being back on my feet soon to entertain all of you."