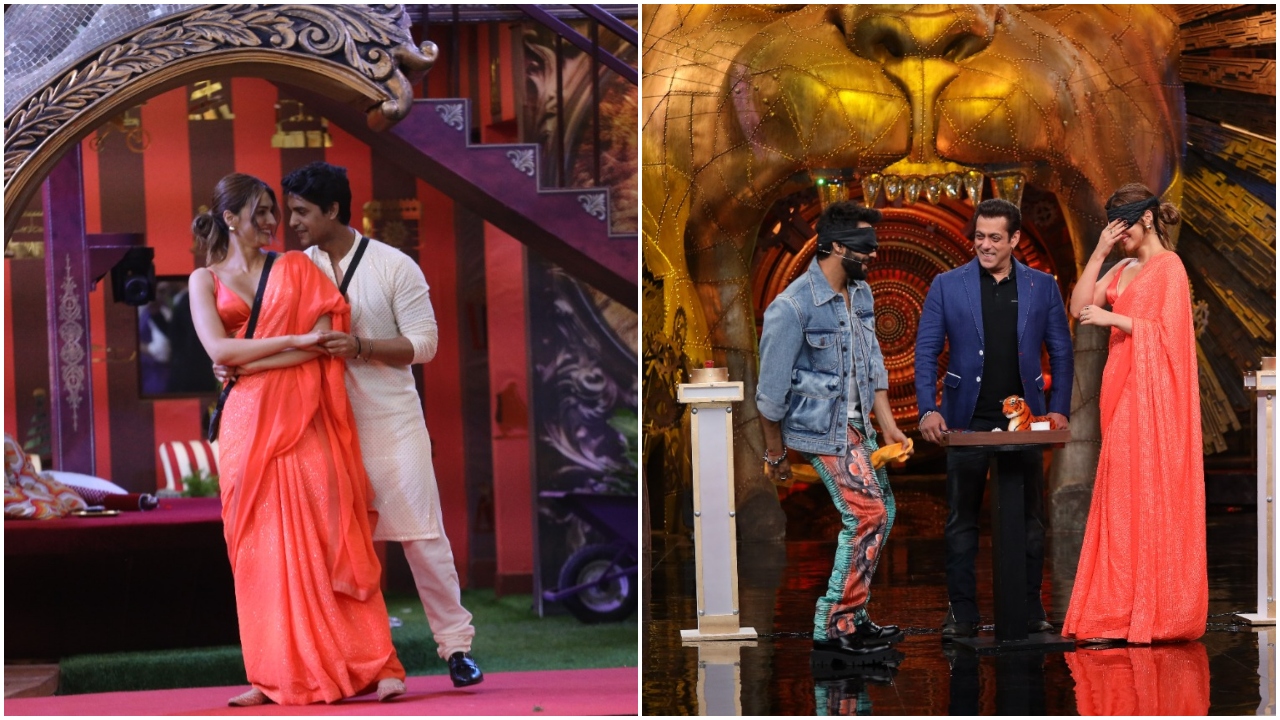 Megastar Salman Khan's 'Shanivaar Ka Vaar' on Colors' Bigg Boss 16 is packed with non-stop entertainment and big shockers as the fear of elimination hovers over the nominated contestants of the week. Tonight's 'vaar' is graced by stars of the upcoming film Bhediya, Kriti Sanon and Varun Dhawan. The duo raises the entertainment quotient as they enter grooving to Thumkeshwari and professing that they are huge fans of the Dabangg host. To test their fandom, Salman announces a trivia-based contest that consists of a question-answer round. Full of exciting revelations, this segment takes viewers to the lesser-known side of Salman Khan which is followed by a dance round that requires the Bhediya duo to pull off Salman's iconic hook steps. The contest gets more challenging when blindfolded Varun and Kriti are tasked to guess an item and the song it denotes. It will be interesting to see who wins this contest.

After the pacey contest, the Bhediya duo bring their star power in the Bigg Boss house. Varun declares a dance-off for the boys of the house, who are tasked to shake a leg with Kriti on Apna Bana Le and the winner will be decided by Varun. Another Bhediya-centric task draws out drama and a few scathing remarks from the contestants. For this task, the housemates must gift a part of 'Bhediya', to a contestant keeping their attributes in mind. For example, the housemate that has a cunning mind gets Bhediya's shaatir dimaag. The heat and tension surge with a who-said-to-whom guessing game, which turns out to be a backbiter's nightmare. Find out who wins the honour of best dance with Kriti and the inside scoop on the housemates in tonight's episode.

The fun-filled night gets serious when Salman Khan delineates the most talked about event of the season - Archana Gautam's impromptu eviction on the charge of getting violent with Shiv Thakare. The house is divided on the issue. One party alleges that Archana Gautam responded to Shiv's provocation and the other believes that Archana shouldn't have resorted to violence. Is this an open-and-shut case? Is there more than what meets the eye?

The ‘vaar’ answers the biggest question of the week – Who bids the show farewell? The last episode showcases Priyanka Chahar Choudhary ready to exit the house at Salman’s behest. Is that to trick the housemates into believing she’s not part of the show anymore? Is it for real? If not Priyanka, then who kisses the show goodbye?

Bigg Boss 16: Housemates get another chance to revive the prize money; torture task brings out Archana Gautam’s pent up anger

Bigg Boss 16: It’s going to be a big tussle between the mandali and non-mandali members for the coveted prize money of Rs 50 lakhs