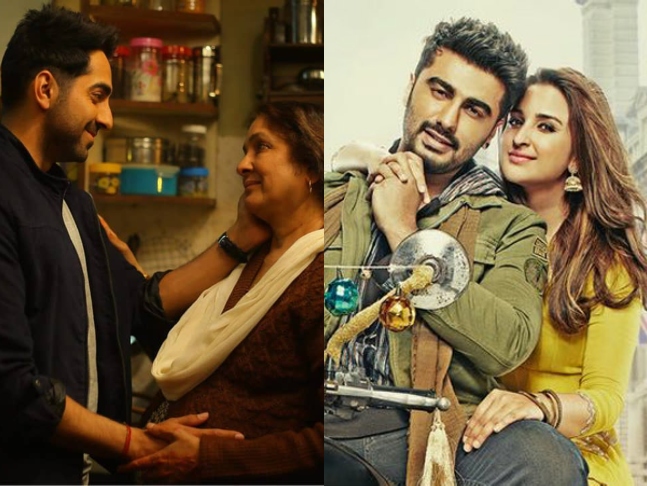 Ayushmann Khurrana is on a roll as his new film Badhaai Ho is performing exceptionally well at the box office. Trade analyst Taran Adarsh tweeted that the collections of Badhaai Ho are phenomenal as it has earned Rs 31.46 crore so far.

Ayushmann in a still from Badhaai Ho.[/caption]

Directed by Amit Ravindernath Sharma, Badhaai Ho casts Ayushmann as the son of an elderly couple, who discover that they would be turning parents for the third time. The film has been received well by critics also.

Meanwhile, Arjun Kapoor’s and Parineeti Chopra’s new film Namaste England, which clashed with Badhaai Ho at the box office, hasn’t been able to fare as per expectations. The film earned Rs 2 crore on Friday while its collections dropped to Rs 1.25 crore on Saturday. Namaste England had collected Rs 1.50 – Rs 1.75 crore net on its opening day. The film has earned a total of Rs 4.75 crore so far.

Parineeti and Arjun in a still from Namaste England.[/caption]

Directed by Vipul Amrutlal Shah, Namaste England narrates the journey of Jasmeet and Param, and their love story across Punjab to Dhaka, Paris, Brussels and London.