Advertisement
HomeTELEVISION NEWSTELLY BUZZMalaika and Arjun hold hands on the sets of India’s Got Talent and proceed to twerk; watch video

Malaika and Arjun hold hands on the sets of India’s Got Talent and proceed to twerk; watch video 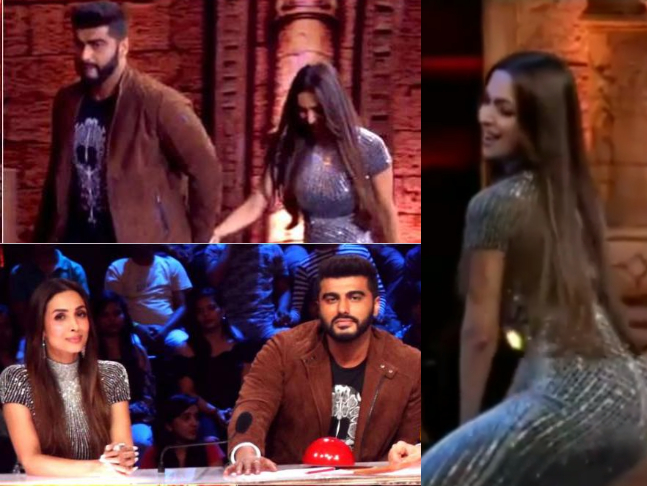 Arjun Kapoor’s and Parineeti Chopra’s Namaste England was released recently but unfortunately could not make much of an impact at the box office. However, that did not deter the two stars from promoting their film. They recently visited the sets of talent reality show India’s Got Talent Season 8 premiere episode that is judged by Karan Johar, Kirron Kher and Arjun’s rumoured girlfriend Malaika Arora. Apparently, instead of sitting beside his film’s heroine Parineeti, Arjun chose to sit beside Malaika and even shared a selfie which soon broke the internet.

Malaika's and Arjun’s proximity left everyone awestruck and when show hosts Rithvik Dhanjani and Bharti Singh invited Arjun and Malaika on the stage to shake a leg with a contestant who was a twerk dancer, they walked hand-in-hand on to the stage which raised a lot of eyebrows, and the best part was that Malaika looked coy and embarrassed with the PDA.

Check out the pictures below