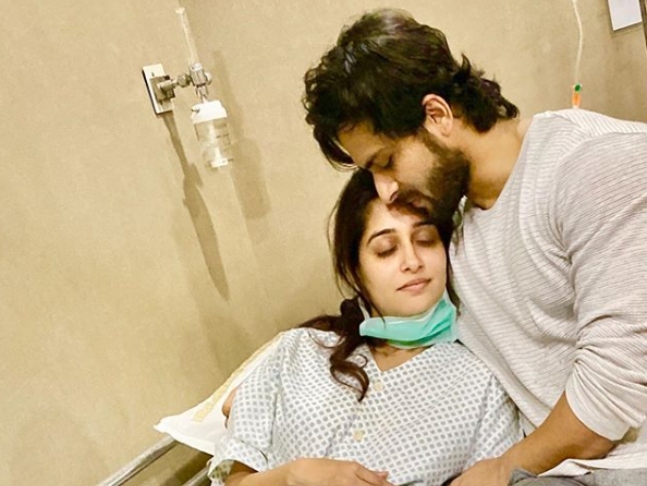 Kahaan Hum Kahaan Tum actress Dipika Kakar Ibrahim has been admitted to a hospital and her actor-husband Shoaib Ibrahim has been praying for her speedy recovery. Shoaib, who has also worked on the television show Sasural Simar Ka with Dipika, on Instagram, on Thursday informed about the actress’ hospitalisation.
In the image, the actress can be seen lying on a hospital bed with Shoaib by her side. "Bas ab jaldi theek ho jao yaar bachcha. Pray for her speedy recovery," Shoaib captioned the image.

Recommended Read: Dipika Kakar opens up about her career graph; says I am very satisfied with what I have achieved so farDetails related to the actress's health have not been shared. The two got married in February 2018 in Bhopal.

Dipika made her television debut in 2010 with Neer Bhare Tere Naina Devi. She then appeared in Agle Janam Mohe Bitiya Hi Kijo. From 2011 to 2017, she portrayed Simar Bhardwaj in Sasural Simar Ka. In 2015, Dipika participated in Jhalak Dikhhla Jaa 8 and in 2017 she participated in Nach Baliye 8 with Shoaib. She was also seen in Bigg Boss 12. Shoaib made his television debut in 2009 with Rehna Hai Teri Palkon Ki Chhaon Mein. After that, he did Rishton Ke Bhanwar Mein Uljhi Niyati. In 2017, he played Captain Abhimanyu Singh Rathore/Aditya Singh Rathore in Koi Laut Ke Aaya Hai.