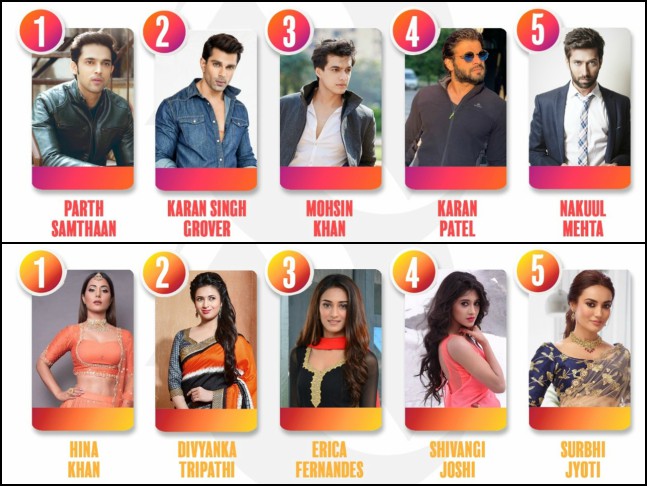 This year has been fascinating for small screen actors. Score Trends India has compiled a list of year enders of those television celebrities who created a splash on social platforms, viral news and newsprints for the year of 2019.

Television actor Parth Samthaan and Hina Khan of Kasauti Zindagi Kay 2 have stunned all by leading the Score Trends year-ender list of 2019 with a score of perfect 100.

Both Parth who plays the character of Anurag Basu and Hina as Komolika has scored full marks on Twitter, Instagram and Facebook.  With a huge fan following the two have also scored maximum in the Newsprint and Viral News sections. formerly 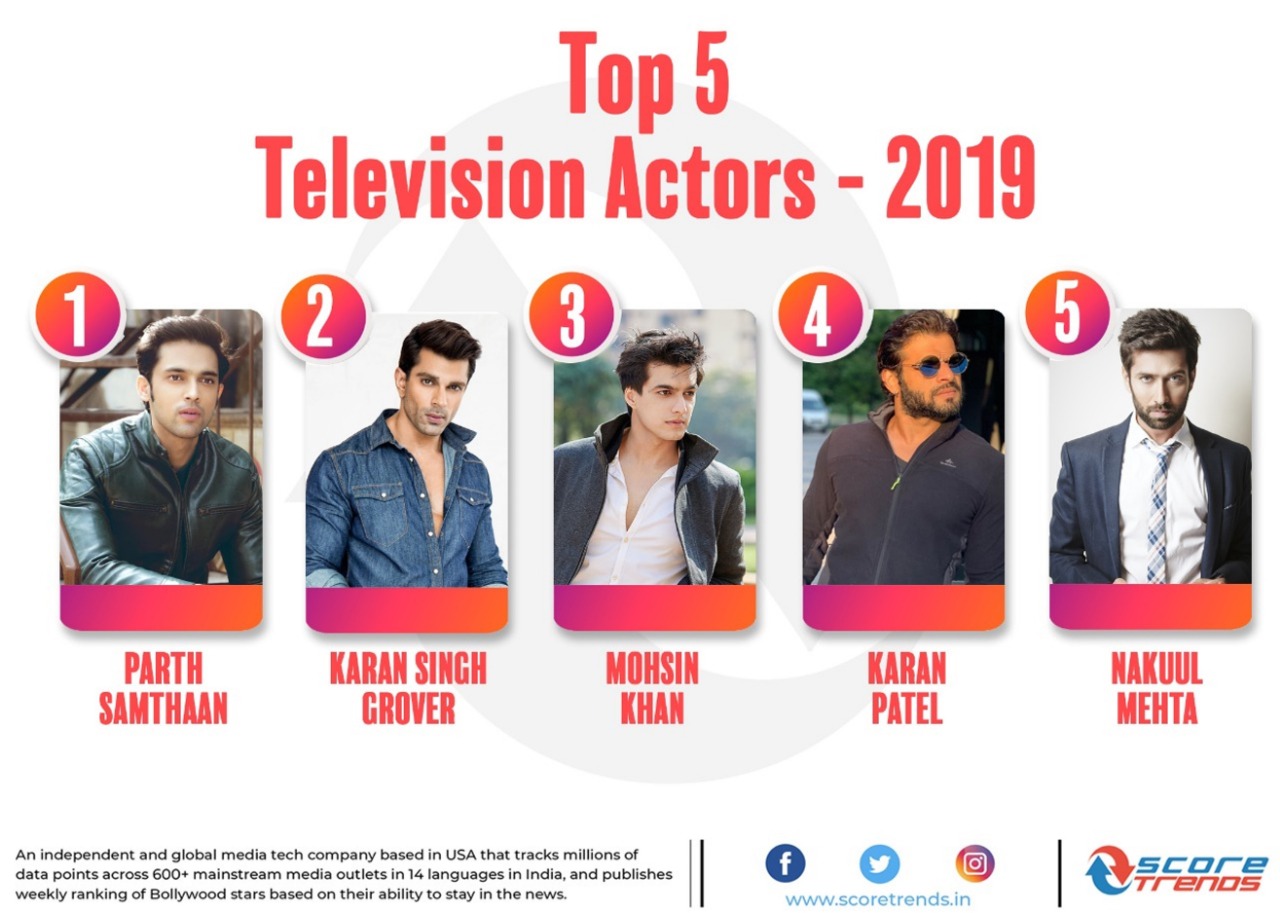 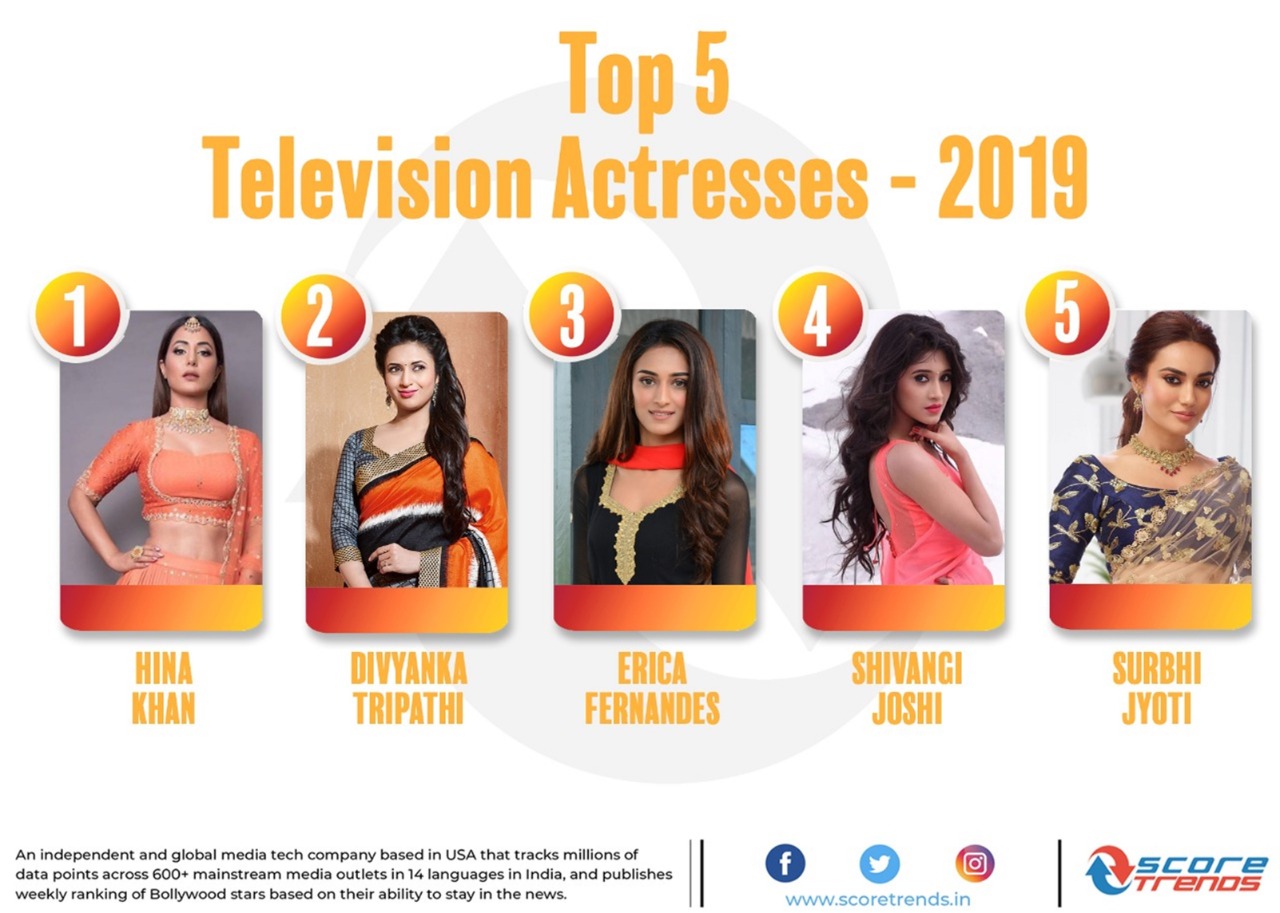 Perhaps Karan’s exit from Kasauti Zindagi Kay 2  got him a decline in his ranking. These statistics are authenticated and researched by the US-based media tech Score Trends India.

In the league of actresses, Erica Fernandes who plays Prerna Sharma in Kasauti Zindagi Kay 2 rank third with  31 points and Shivangi Joshi who plays Naira in Yeh Rishta Kya Kehlata hai is on the fourth position with the score of 22.8.

While on fifth position Nakuul Mehta aka Shivaay Singh Oberoi of  Ishqbaaz scores 43.44  along with Surbhi Jyoti who was seen last in Nagin 3  scored 19.8  though she had no appearances this year she had a strong run on social media platforms.

Ashwani Kaul, co-founder of Score Trends added, "We collect data from over 600 news sources across 14 languages in India to analyze the media. These include Facebook, Twitter, print publications, viral news on social media, broadcast and digital platforms”.

"Various sophisticated algorithms then help us to process this massive amount of data and arrive at the scores and rankings of celebrities,” concluded Kaul.