The Indian television industry is making all kinds of news today. From Rahul Mahajan talking about his Bigg Boss 14 stint to Rashami Desai clarifying that Vikas Gupta had nothing to do with her role in Naagin 4 to Shivangi Joshi and producer Rajan Shahi in a tiff over Naira’s death in Yeh Rishta Kya Kehlata Hai to Neha Kakkar moved to tears due to husband Rohanpreet’s love on the sets of Indian Idol 12, here’s what’s making news in the small screen today.

The team of Yeh Rishta Kya Kehlata Hai is in a difficult situation after fallout between lead actress Shivangi Joshi and producer Rajan Shahi due to the current track in the show. What had started as a creative difference became a major tiff between the two. Apparently, a new promo shows Kartik (played by Mohsin Khan) performing the last rites of Shivangi’s character Naira in the coming episodes. Kartik and Naira will meet with an accident with their family, while all of them are rescued from the bus, the latter will not be able to escape from the bus as it falls over a cliff. Shahi was not happy with the track and had differences with his team regarding Naira's death, which has now eventually led to a fall out between Shivangi and him.

However, talking to another portal, Shahi said, “For me this is the most difficult show and it is going to complete 12 years and 3300 episodes. Garima has been associated with the show for 12 years and all the twists and turns have taken place after her approval. What the actor will say, what the writer will write and what the director will shoot, all of this is taken care by Garima." Further he said, "January 6 is going to be a very important day in the television history, and a sequel will start from there. A new journey and a new kind of romance will begin, we will always remember this day."

Rahul Mahajan ‘satisfied’ with his stint in Bigg Boss 14

Rahul Mahajan, after being evicted from Bigg Boss 14 has spoken about his stint in the show. He claims he is not upset about all that happened in the house, including Rakhi Sawant striping him of his clothes. He told IANS, “I am fine. I am not upset but it is not that I am very happy that I got evicted. I have returned home to my wife and loved ones, so I am happy that way.” Talking about his previous participation in Bigg Boss 2, he said, “If we talk about the second season, I was different and single. I was not married at that time. I was 33. I could do more things, take more liberty, and have more fun. There are many things I could not do right now with my age and maturity and life. Things change. I am satisfied.” 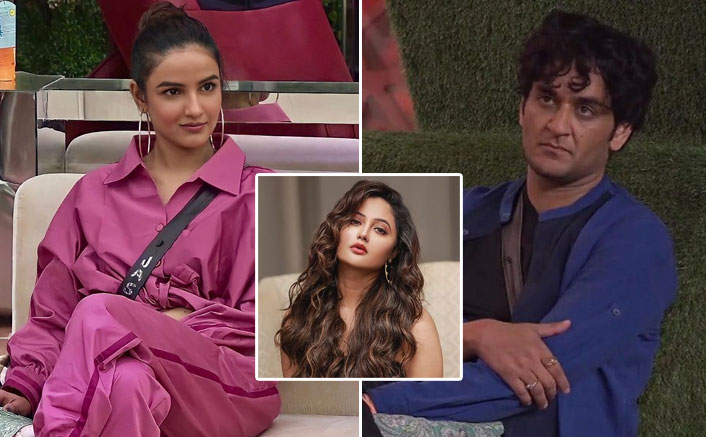 Rashami Desai has dismissed rumours that Vikas Gupta had any hand in her bagging a role in Naagin 4. In an interview to a leading daily, she said, “My landing the role of Shalakha had nothing to do with Vikas Gupta. It was a decision completely taken by the channel and production house. I don’t know from where such rumours have emerged. Vikas is a friend and that’s why I am fond of him and no other reason.”

Previously, an onlie portal had quoted a source saying, “It was Vikas Gupta who took the call to remove Jasmin Bhasin and replace her with Rashami Desai as Nayantara. Since then, Rashami Desai grew fonder of Vikas, they buried the hatchet, and this is also the reason why Rashami is strongly backing up Vikas during his journey in BB 14.”

Neha Kakkar and Rohanpreet Singh made a joint appearance on Indian Idol 12 where they revealed their love story. In a promo video shared by her on Instagram, Rohanpreet recalls seeing her for the first time. “I was tying my turban in Chandigarh, when I got a call from her management,” he began, in Hindi. “They asked if I wanted to participate as a co-artiste in her new song. I said ‘do you have to ask!’” Rohanpreet continued, “I remember entering the room and Nehu was sitting there, and she turned around to see me. That was the moment that changed my life.” He said that Neha has a positive effect on the people around her. “I tell her that she’s God’s favourite child. She wrote that song (Nehu Ka Vyah), but she also wrote my destiny. My family always used to ask if I’d ever appear on a platform such as this, and look at me now mom, because of Nehu, I’m finally here.”Rohanpreet’s words moved Neha to tears on the show.