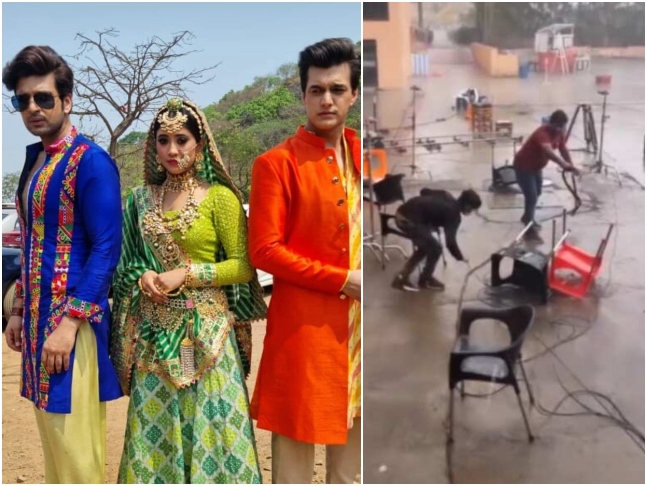 Touted to be an "extremely severe cyclonic storm", the cyclone named Tauktae, brought with it wind speeds, heavy rains and destruction in Maharashtra and Gujarat on Sunday and Monday. The states were put on high alert as the cyclone which derives its name from 'gecko', a highly vocal lizard, in the Burmese language, was making landfall. Many incidents were reported due to cyclone Tauktae.

On Sunday, cyclone Tauktae hit the sets of Yeh Rishta Kya Kehlata Hai in Gujarat. Reportedly, the team is shooting in Silvassa as the Government of Maharashtra cancelled permission to film shows in the state due to rising COVID-19 cases. Karan Kundrra, who is playing the role of Ranveer in Yeh Rishta Kya Kehlata Hai, shared a video of how the cyclone affected the show's sets.

The crew was shooting for a sequence when cyclone Tauktae wreaked havoc. In the video, the crew was seen winding up the sets as it started raining heavily. Karan can be heard shouting, "Bhaago, bhaago," when the technical crew quickly gathered all the cameras, lights and wires and brought them inside a room.