Ekta Kapoor's supernatural franchise, Naagin, has its own loyal fanbase. Avid watchers have been hooked onto the show for 5 seasons and are eagerly waiting for the 6th edition to air on television. Rumours are rife that Niyati Fatnani, who played the role of Piya in Nazar, has been finalised as Ekta's newest naagin. While an official announcement is awaited, the latest reports claim that Ridhima Pandit will be seen along with Niyati in Naagin 6.

Ekta and Ridhima are a part of the same friends circle and share a great relationship. The actress played the lead in Ekta's web show Hum - I'm Because of Us and the TV show Haiwaan : The Monster. As per reports, Ekta wanted to cast Ridhima in the big-budget show and hence she has been finalised to play the lead with Niyati. Ridhima's most popular show is Bahu Hamari Rajni Kant. 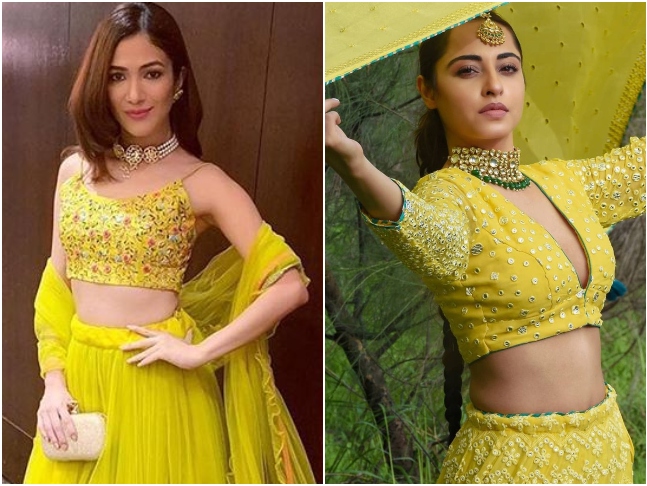 Naagin franchise started with Mouni Roy in 2015. She continued in the second season that premiered in 2016. Naagin 3 (2018) starred Surbhi Jyoti and Anita Hassanandani. Naagin 4 (2019) saw Nia Sharma and Jasmin Bhasin in the lead. The fifth season (2020) featured Hina Khan and then Surbhi Chandna.

IIFA Awards 2022: Salman Khan, Shahid Kapoor, Ananya Panday and other celebs promise a night of fun and frolic as the ceremony airs on television tonight

‘Rohit Shetty is one of the major reasons for me to do Khatron Ke Khiladi 12,’ says Chetna Pande

Karanvir Bohra booked for allegedly duping a 40-year-old of Rs 1.99 crore, woman claims, 'KV and his wife Teejay threatened to shoot me'

'Cancer survivor' Chhavi Mittal flaunts her scars in latest pictures, says 'they remind me of the fight I fought and the victory I achieved'