Advertisement
HomeTELEVISION NEWSTELLY BUZZIt's my choice, my husband is okay with it, why are you so triggered: Disha Parmar fires back at trolls criticising her for not wearing sindoor

It's my choice, my husband is okay with it, why are you so triggered: Disha Parmar fires back at trolls criticising her for not wearing sindoor 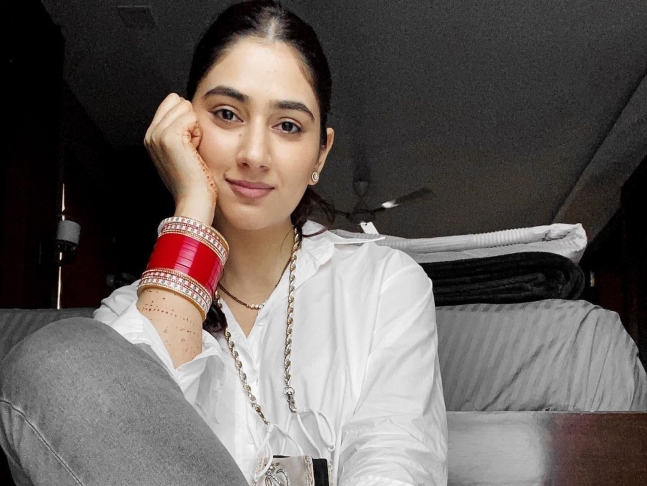 Though Disha Parmar enjoys a huge fan following, this doesn't deter naysayers from spreading hate. The actress recently tied the knot with singer Rahul Vaidya and the two have been painting the town red with their love-filled pictures. Recently, Disha shared her solo pictures on Instagram. She can be seen wearing a pink saree, her mangalsutra and red bangles. However, a certain section of netizens spotted that she was not wearing sindoor.

Reacting strongly to comments asking her to wear sindoor, Disha wrote in the comments section, "Also to all the people who feel it’s their right to litter my comments with negativity because am not wearing sindoor.. it’s my choice! I wear it when I want to wear it.. am okay with it, my husband is okay with it, my family is okay with it! Why are you so triggered?" The actress received support from her fans, who went on to slam haters.

Recommended Read: PeepingMoon Exclusive: Rahul Vaidya and Disha Parmar shoot for an ad film together for the first time!

Rahul hosted a live session on Instagram for his fans on clocking 2 million followers. During the fun and interactive session, a fan asked why Disha was not wearing sindoor after being married. The fan also asked Rahul to put it on her forehead during the live and suggested that she should wear it. Disha reacted and said that it’d be better if she got out of the frame, Rahul folded his hands and said that he is fine with her not wearing it. He added that fans need not worry about it. "Aap log itna dukh mat manao," he told.

Rahul and Disha tied the knot on July 16. On August 1, PeepingMoon.com exclusively informed its readers that the couple shot for their first ad film post marriage.