Advertisement
HomeTELEVISION NEWSTELLY BUZZRubina Dilaik regrets not walking out of Bigg Boss 14 with husband Abhinav Shukla post his unfair elimination, takes a dig at those who 'couldn't justify their existence on show'

Rubina Dilaik regrets not walking out of Bigg Boss 14 with husband Abhinav Shukla post his unfair elimination, takes a dig at those who 'couldn't justify their existence on show' 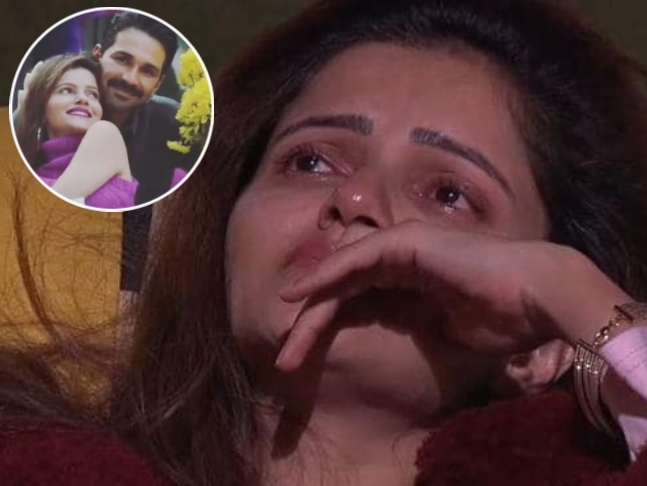 Bigg Boss 14, hosted by Salman Khan, made headlines for many reasons. One of them was unfair evictions. Out of all, Abhinav Shukla's elimination that happened a few weeks before the finale came across as a major shock to fans. A potential finalist, Abhinav's fate was in the hands of connections of the housemates and not the audience. Heartbroken, his wife Rubina Dilaik couldn't stop crying. The actress and winner of Bigg Boss 14 didn't talk about the unfair eviction back then. But now, she finally broke her silence and narrated her biggest regret.

In a statement on Instagram, Rubina went on to take a sly dig at those who felt Abhinav was undeserving. Calling them a "bunch of "less competent" members who were not even in the race," she said she should have walked out with her husband. "I have been asked so many times, what was that one thing you regret doing or not doing in BB14 House!! Then I didn’t have a clarity of thoughts, had mixed emotions and was overwhelmed with so much happening! Now when I look back, and one thing that hits me hard was the visual of the day ABHINAV was eliminated. Fate of his BB14 journey was handed over to bunch of “less competent" members who were not even in the race, and had ULTERIOR motive and I didn’t even PROTEST! I was so soaked up in pain and anguish that I didn’t even see it for what it was. I wish I had WALKED OUT with him for his UNFAIR elimination (Not by Bigg Boss) by them who could not Justify their own journey and existence on the Show…," Rubina wrote.

Recommended Read: 'Parenthood is a great responsibility, knowing each other well is very important,' says Rubina Dilaik on starting a family with Abhinav Shukla

Abhinav reacted to Rubina's post and wrote, "Life is unfair, Big Boss is a great social experiment, when ever you feel its unfair smile and eat an apple but 2 min silence for those who got spent like a used cartridge emptied all they had and still got voted out." He added, "And baby you are a winner because you didn’t give up, the kind of pressure, tirade and rebuke you endured without wavering is a victory, you finished my battle!" 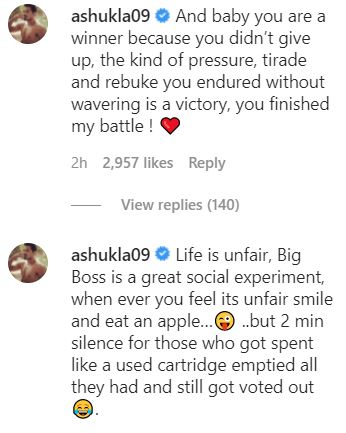 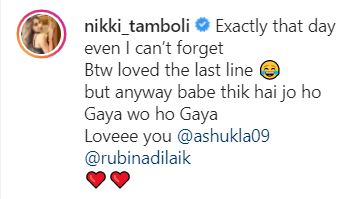 Bigg Boss 14 contestant Shardul Pandit said, "We all have regrets some understood some not understood but what I don’t regret at all is meeting people like you @rubinadilaik. You definitely should have an apple."

Rubina and Abhinav entered as a couple and were the only contestants to spend maximum days in the house. A majority of them were either wild card entrants or got a chance to re-enter the house.