Kishwer Merchant, Suyyash Rai and their baby boy receive a warm welcome as they bring their first child 'Bunny' home 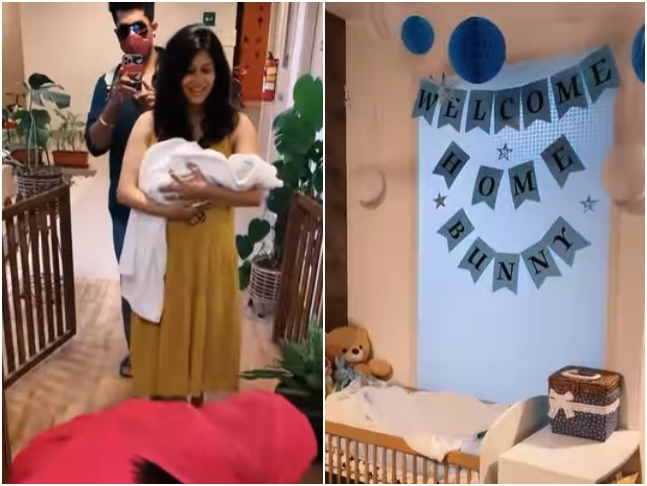 One of Television's most loved couples - Kishwer Merchant and Suyyash Rai - welcomed their first child on August 27. The couple shared the big news on Friday evening as Kishwer gave birth to a baby boy - 'SuKish Ka Baby,' as they lovingly called the little one throughout her pregnancy.

Now, the actors have taken their baby home on the occasion of Janamashtami. Sharing a glimpse of it all, Kishwer wrote on Instagram, "Our welcome at home .. made special by all special ones "

Kishwer and Suyyash, who tied the knot in 2016, announced that they were expecting a baby in March this year. They later revealed, in a video shared on her YouTube channel, that the pregnancy was unplanned. Suyyash said that the news of her pregnancy was ‘more like a shock’ when he first found out. She revealed that there were several minutes of silence.

Ironically, just before Kishwer and Suyyash found out about her pregnancy, they told her mother that they had no plans of having children and that they were happy being ‘pet parents’ for now. However, the pregnancy changed their perspective as Kishwer called it 'God's gift'.