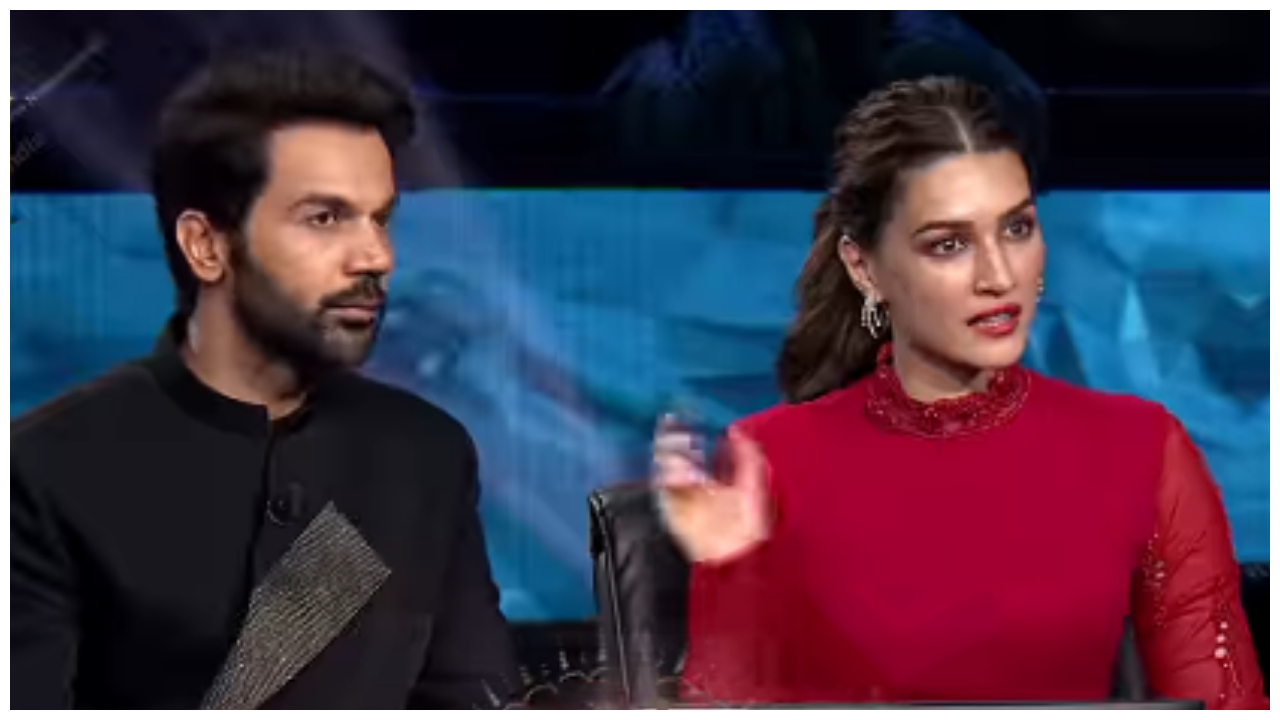 There is no doubt in the fact that Rajkummar Rao is a versatile and highly talented actor and he proved it once again on Amitabh Bachchan’s Kaun Banega Crorepati 13 when accompanied by co-star Kriti Sanon he proceeded to mimic Shah Rukh Khan and Sunny Deol. A new promo shared by Sony Entertainment Television sees Rajkummar mimicking SRK and Sunny with aplomb. Rajkummar and Kriti will feature on Shandaar Shukravaar episode of KBC 13 as they promote their upcoming film Hum Do Hamare Do.

In the video, Kriti tells Big B that Rajkummar is an excellent mimic. She said, “He is so good at mimicry, sir, you must see. He was giving me a glimpse of his mimicries in the vanity van.” Surprised by the information, Amitabh requested Rajkummar, “Please perform, sir.” To this Rajkummar said, “I will try, sir. I can mimic Shah Rukh, I used to do it even as a child, I can do it now as well,” and goes on to perform SRK’s famous dialogue from Devdas as well as Sunny’s chant of Hindustan Zindabad from Gadar: Ek Prem Katha.