KBC 13: Akshay Kumar surprises Amitabh Bachchan with a replica of iconic ‘Yaarana’ jacket, the host reveals interesting trivia behind it

Coming Friday, Sony Entertainment Television’s show Kaun Banega Crorepati 13 is all set to welcome Akshay Kumar, Katrina Kaif and Rohit Shetty for the Shaandaar Shukravaar special episode. In the Shaandaar Shukravaar episode, the trio will take charge of the hotseat and will be seen playing the game along with the host Amitabh Bachchan. During the episode, Amitabh also recalled an incident when he had to wear a '220-watt jacket with a live wire' during the shoot of his film Yaarana (1981).

Apart from playing the game, Akshay Kumar, Katrina Kaif and Rohit Shetty will also create fun and engaging moments during their time on the show. Right from showing a video of Katrina Kaif cleaning the sets of, Sooryavanshi to Amitabh Bachchan and Katrina Kaif grooving on the song, Tip Tip Barsa Paani to Akshay sharing his journey before entering films and dancing on the song, Saara Zamana from the film Yaarana and more, the upcoming Shaandaar Shukravaar is a, ‘must-watch.’ 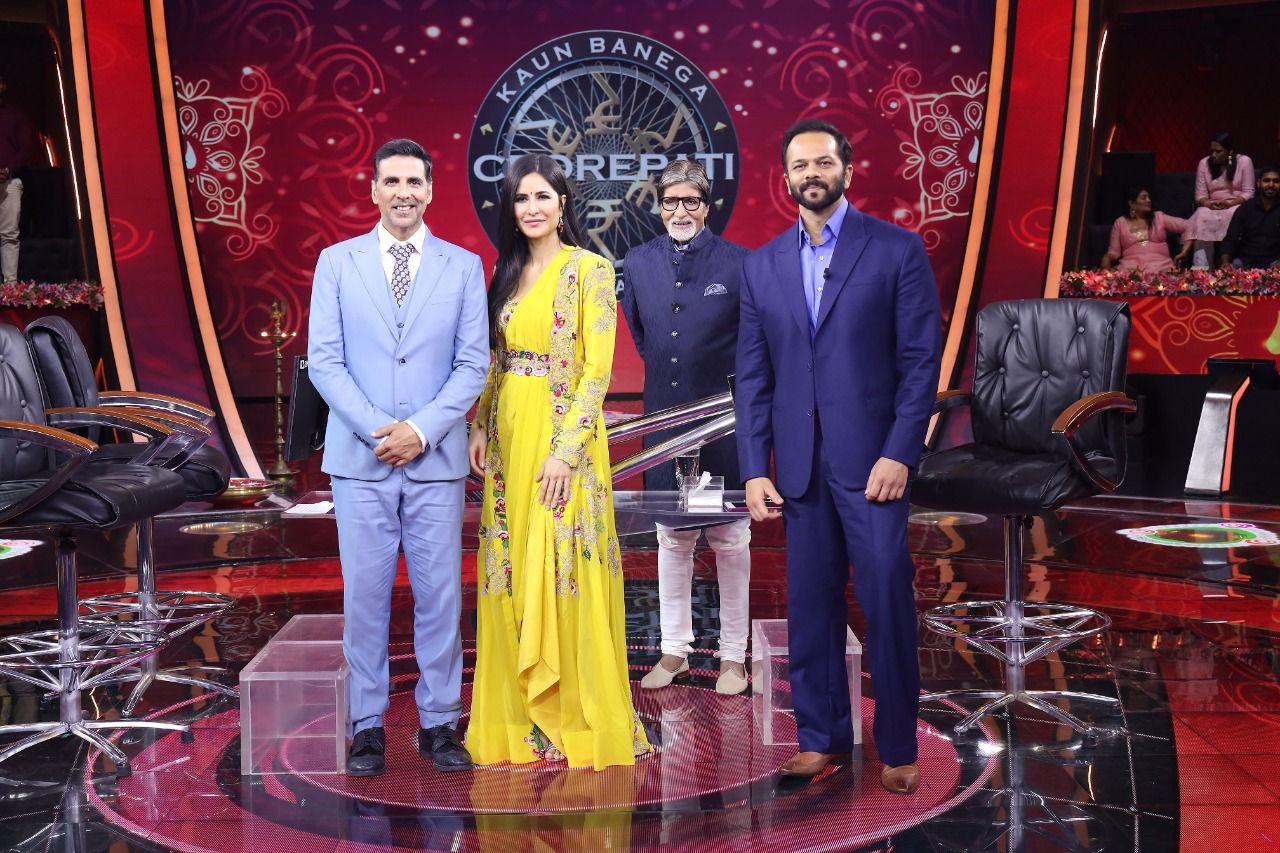 Taking the viewers on a rollercoaster ride of fun, entertainment, laughter, gameplay and more, the trio along with Amitabh Bachchan will amp up the entertainment quotient of the show. The host of the game show will also be seen praising Akshay Kumar, Rohit Shetty and Katrina Kaif for their work in the entertainment. Not only this, Rohit Shetty will also be seen requesting Mr. Bachchan to sign a blog he wrote for Rohit’s mom and unveil some unknown facts about his father’s relationship with Mr. Bachchan.

Lastly, Akshay Kumar, Katrina Kaif and Rohit Shetty will be seen donating the proceeds from the winning amount to, ‘Bharat Ke Veer’, a government website which helps the families of the soldiers who have passed while serving our country. So don’t forget to tune-in to the Diwali Special episode of Kaun Banega Crorepati’s Shaandaar Shukravaar on 5th November at 9:00 pm only on Sony Entertainment Television.