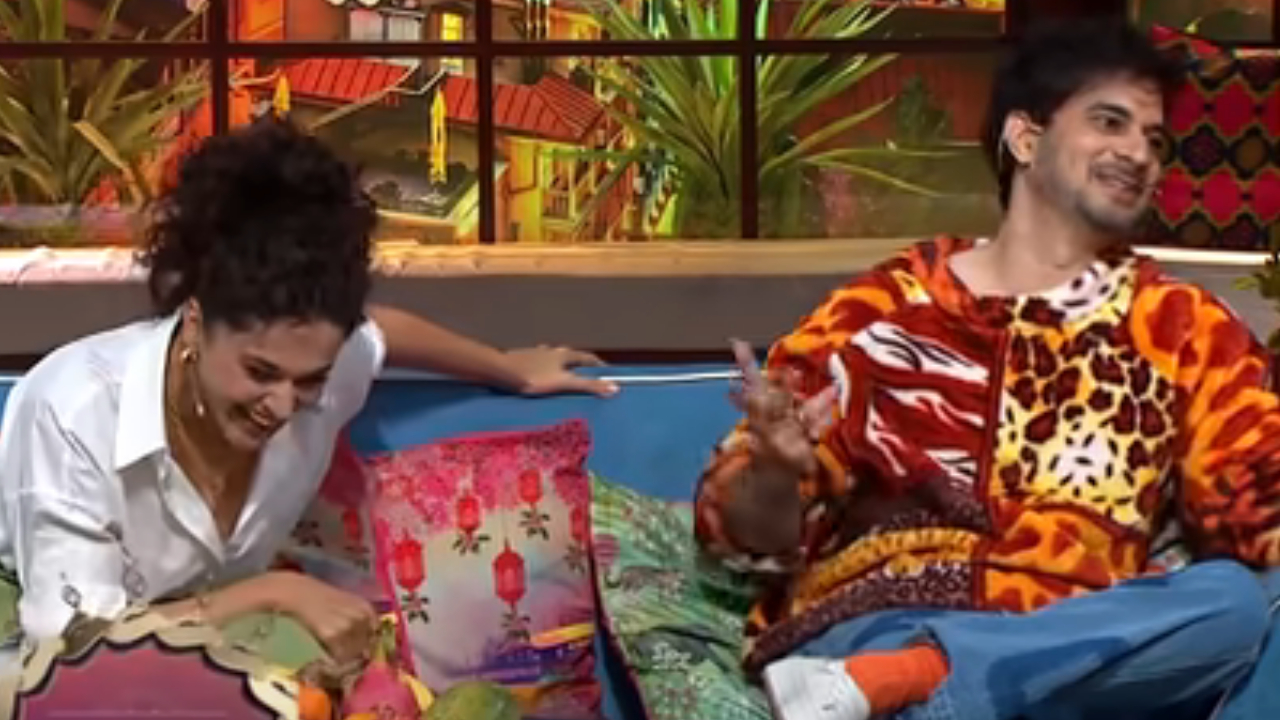 Taapsee Pannu and Tahir Raj Bhasin are awaiting the release of their film Looop Lapeta on Netflix on February 4 and hence are on a promotional spree. The actors will soon appear on The Kapil Sharma Show this weekend to promote their film. A promo from their upcoming episode has been shared by the channel wherein Tahir gives a hilarious reply to Kapil’s question about his sharing kissing scenes with Taapse in the film.

Kapil also pulled Tahir’s leg on playing the antagonist in Mardaani opposite Rani Mukerji and had the guts to threaten the ‘maalkin (owner)’ since she is the wife of Aditya Chopra who produced the film and said, “Himmat hai bande ka (The man has some courage).”

He also made a reference to Taapsee’s choc-a-block schedule and asked her how she is managing promotions. Speaking about the time promotions take, Taapsee said, “Aaj kal jitne days promotion mein lagte hai, utne mein ek picture shoot ho jaati hai. Agar promotion na hote na, toh main aur 5 picturein kar daalti (Nowadays, it takes the same amount of time to shoot for a film and promote it. If I didn’t have to promote my films, I would have done five more).”