Advertisement
HomeTELEVISION NEWSTELLY BUZZRupali Ganguly recalls being a waiter at party where her father was a guest, talks about dealing with tough time

Rupali Ganguly recalls being a waiter at party where her father was a guest, talks about dealing with tough time 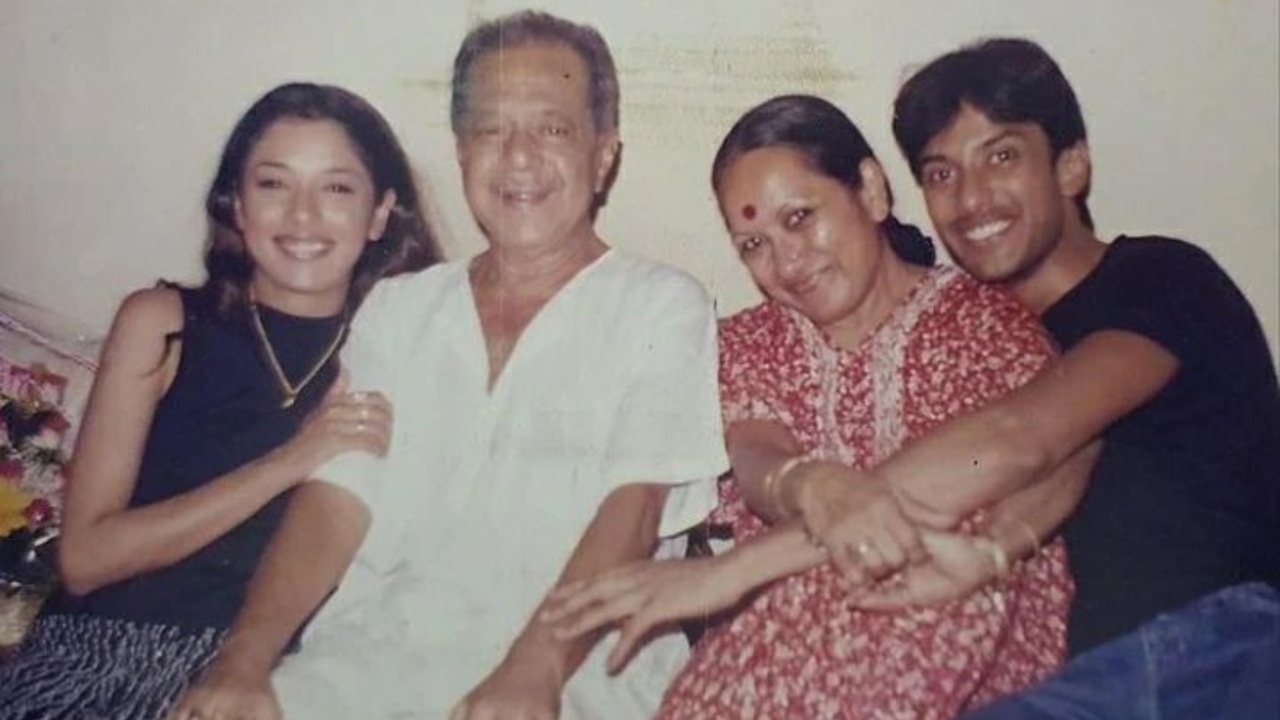 Rupali Ganguly is one of the most popular television stars in India. While she is ruling the TRP chart weeks after weeks as Anupamaa in Rajan Shahi's show, her journey in the acting industry started when she wasn't even a teenager. At a young age, Rupali acted in her father's film. But, the path to success and fame wasn't easy.

Talking about her career as an actress, Rupali told Humans Of Bombay, "Papa was a national award winning director, & my biggest hero. When his films came out, people admired stars like Rajesh Khanna, but I’d say, ‘Papa is the real star!’ After school, I’d visit his sets. Watching him direct each frame meticulously… I was fascinated. Iss bich, heroine kaise ban gayi, pata hi nahi chala! Once, an actress backed out of Papa’s film, & he put me in it. Just like that, at 12, the acting bug bit me!"

Recommended Read: Dad-to-be Ranbir Kapoor takes parenting tips from 'Anupama' Rupali Ganguly, says he wants to be the best father in the world

However, she had to take a backseat when her father faced financial losses. Rupali shared that she even waited tables and was a waiter at a party where her father was one of the guests. "But soon, Papa had 2 flops. Our tough time began, & my dream took a backseat. I did everything—worked in a boutique, catered, even waited tables. I was once a waiter at a party where Papa was a guest! I worked in ads, too–that’s how I met my husband, Ashwin. He suggested that I try TV, & I thought, ‘Why not!’ Soon after, I got the titular character in Sukanya–in my head, I had arrived! But I held Papa’s feedback in high regard. Once, I proudly showed him a scene, & he said, ‘Khud rona nahi hai–audience ko rulana hai!’ He helped me better my craft," she added.

Rupali then got the role of Monisha in Sarabhai Vs Sarabhai which continues to remain a cult show. "4 years later, Sarabhai happened. And none of us knew it’d be a hit, we were just having fun! Even now, Satish Kaka calls to check-up on me, & Ratna Ben brings presents for my son after every trip. We became a family on that show. The next few years, at the peak of my career, I shocked people by taking a break. But I didn’t regret it. I was once told, ‘You’ll never conceive,’ so watching my son take his first steps was a blessing. Next 6 years were all about family. During this time, devastatingly, I lost Papa," she shared.

With Anupamaa, Rupali returned to the screen. "I was still grieving when I got offered Anupamaa. Ashwin encouraged me, ‘It’s high time you got your due as an actor. You go out there–I’ll take care of everything else.’ But I was hesitant. So, I went to my producer, Rajan Shahi, who I trusted a lot, & said, ‘Give me time to get in shape.’ But he told me, ‘I want a mother, not a heroine!’ His conviction made the show what it is. Being on the sets of Anupamaa made me feel close to Papa! It was the kind of story that he would’ve written, with a strong female lead. And the love I’ve received, from all ages, all corners… It’s so overwhelming. Everyday, I do my best to be worthy of it. I hope Papa is looking down at me with a smile,” Rupali concluded.