Advertisement
HomeTELEVISION NEWSTELLY BUZZKaran Mehra says Nisha Rawal is having an extramarital affair with 'muh bola bhai' Rohit Sathia, claims 'he is staying with her and my son Kavish'

Karan Mehra says Nisha Rawal is having an extramarital affair with 'muh bola bhai' Rohit Sathia, claims 'he is staying with her and my son Kavish'

The news of Karan Mehra and Nisha Rawal's troubled marriage is out in public and since June 2021, they have been entangled in a legal battle to prove themselves innocent in a domestic violence case. Last year, Nisha had accused Karan of infidelity and sexual assault whereas the latter claimed she had an extramarital affair. Now, on Thursday, the Yeh Rishta Kya Kehlata Hai actor called for a press conference in Mumbai and shared his side of the story.

During the press conference, Karan claimed Nisha is having an extramarital affair with her ‘muh-bola bhai’ Rohit Sathia who did her 'kanyadaan'. He said, "Nisha is staying with another man in my house, we have produced the proofs in the court and that is why I am talking here today. Nisha Rawal, who isn’t divorced yet, is having an extramarital affair. Rohit Sathia is her ‘munh-bole bhai’ of 14 years, who also did her ‘kanyadaan’. I didn’t have proof back then, that’s why I didn’t say anything." 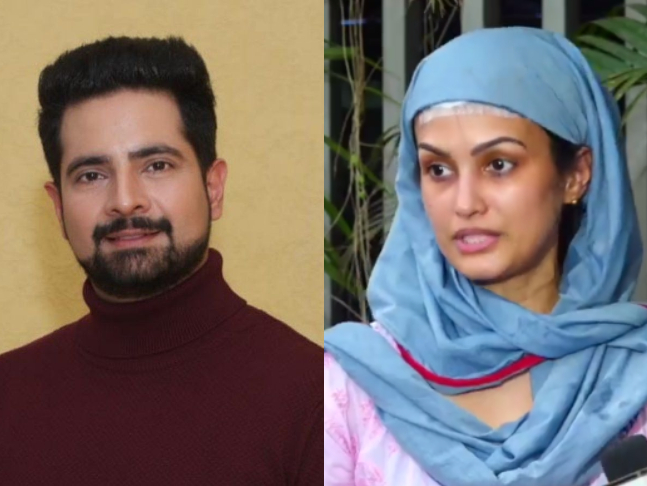 Recommended Read: Karan Mehra makes a shocking revelation about estranged wife Nisha Rawal's affair, says 'she has been living with another man in my house for the past 11 months'

As per reports, he further added, "Rohit is a chain smoker, consumes alcohol, gutka paan, which I have never done. He is staying at my house with Nisha and my little son is present in the same house, which is morally questionable on many levels. I never did this and as a father what can I do? That’s the reason I am fighting for the custody of my child. I have no access to my child. Rohit’s daughter ties rakhi to Kavish. Everyone (relatives) knows this and these two kids are involved, what will we tell them? I am fighting for the truth, I will go for it."

Nisha chose to remain silent over Karan's claims. The estranged couple has a son named Kavish, who is living with his mother.

Mukesh Khanna’s statement of ‘if a girl wants sex she is doing dhanda’ taken out of context; netizens troll him without realizing his warning about fake social media accounts

Seeing the nonsense being spewed towards me for absolutely no reason: Ridhi Dogra reacts to trolls blaming her for ex-husband Raqesh Bapat and Shamita Shetty's breakup