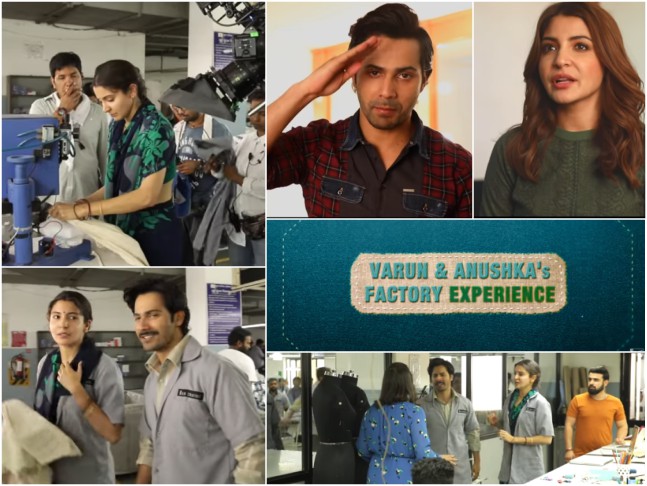 As Sui Dhaaga: Made In India is scheduled to release on September 28, cast Varun Dhawan aka Mauji and Anushka ‘Mamta’ Sharma have left no stone unturned to create awareness about the unsung hero- the Indian artisans and craftsmen belonging to the textile industry.

In order to get the feel of the film right, Varun and Anushka filmed major sequences at a real textile factory in Faridabad. The makers were sure in the approach to get the authenticity in place and made sure the operations of small-scale business came out prominently in the film. They also shot with the actual workers of the factory to get the body language of the actors right.

Varun and Anushka said that the location was apt and they aimed to keep the authenticity intact by adapting the clothing style and techniques used by the locals. “We shot there for 4 days with real workers who tirelessly work day and night to produce outstanding pieces of garments. We learned how to operate the machines from them which was very helpful”, said Anushka.

Varun added, “The equipment and machinery looked genuine and extremely authentic to be the place where Mauji and Mamta’s first brush with a textile factory could be. To prep for our parts, we both interacted and met with all the real workers on set and exchanged notes. These people were invaluable in getting us more prepared for our characters”, Varun added.

Directed by Sharat Kataria, and produced by Yash Raj Films, Sui Dhaaga: Made In India, is a heartwarming tale of the struggle faced by petty local artisans and craftsmen in India.