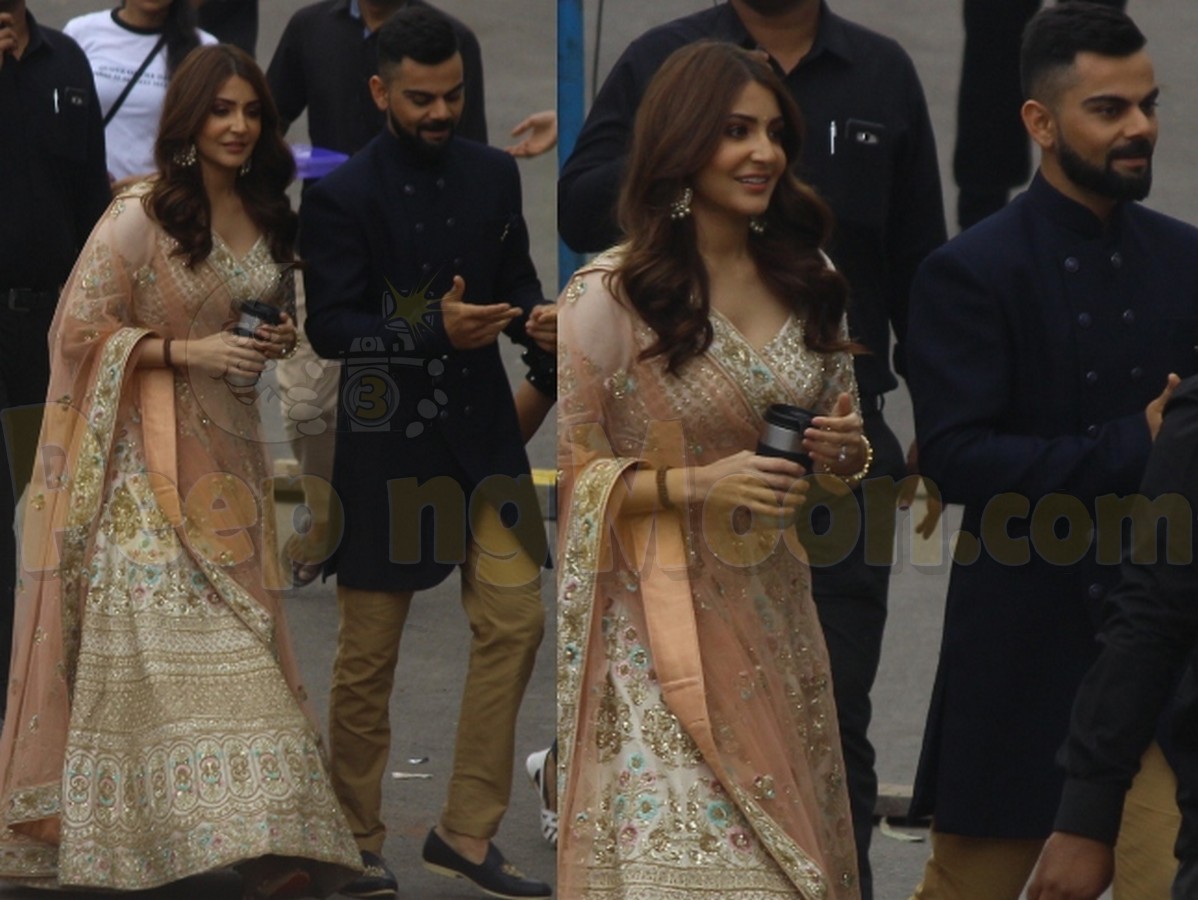 Even though Anushka Sharma and Virat Kohli don't belong to the same profession the two make sure they don't disappoint their fans and make public appearances or do endorsements together.

Anushka who's currently packed with the promotional activities of her upcoming film Sui Dhaaga: Made In India along with co-actor Varun Dhawan took some time out and stepped out for an ad shoot with husband Virat on September 21.

The duo requested the paparazzi to not click them while they shot for the ad as they wanted it to be a secret and promised to pose later for a few pictures together. Anushka and Virat didn't want to be clicked in their respective looks but we recently got our hand on some inside pictures from the shoot and the couple looks perfect in these photos.

Oh oh, their secret is no more a secret anymore!

Recommended Read: We don’t take our professions too seriously: Anushka on work-life balance with Virat

Anushka donned a heavily embellished peach colored lehenga while Virat complemented her look in a blue sherwani. Looks like the couple shot for another part of their super-hit clothing brand ad which was released last year before their wedding.

However, keeping the word, two posed for the lenses as soon as they wrapped the work.

Anushka sported a pretty look in a blue separates set and white sliders whereas Virat kept it casual in a camo t-shirt, black joggers and white sneakers.

The audience loves to see the couple together on screen. Virat and Anushka had shot for their first ad together in 2013 for a hair cosmetic brand. The two later reunited last year for a popular clothing brand, where they shot for a wedding sequence, fuelling the rumours then about their wedding, which happened later in the year.

We absolutely cannot wait to have a look at this one!