Advertisement
HomeBOLLYWOODENTERTAINMENT NEWSHear her out and do not question why after so many years: Anushka on Tanushree-Nana controversy

Hear her out and do not question why after so many years: Anushka on Tanushree-Nana controversy 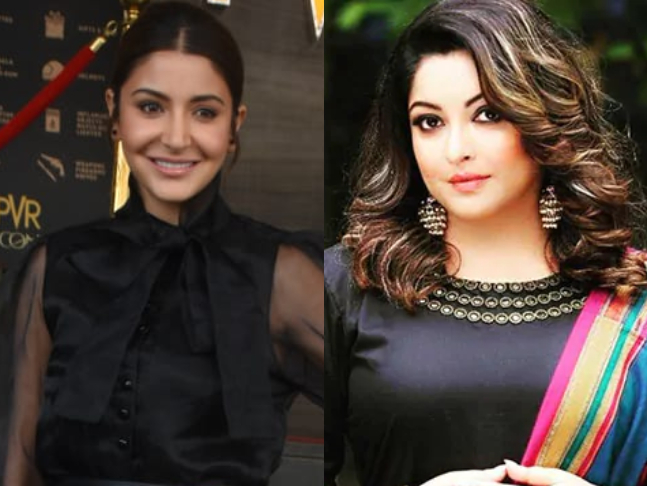 Tanushree Dutta recently caused an uproar in the film fraternity by accusing Nana Patekar of sexual harassment on the sets of 2008 film Horn OK Pleassss. Ever since then, the actress has garnered support from the likes of Sonam Kapoor, Twinkle Khanna, Farhan Akhtar, Priyanka Chopra, Arjun Kapoor, Swara Bhasker and others, for igniting the #MeToo movement in Bollywood as well.

The recent celeb to join the bandwagon of stars who claimed that women have the right to speak up is Anushka Sharma, who was inevitably questioned about the recent controversy during the success meet of her film, Sui Dhaaga-Made in India. Speaking on the issue that has created such a stir, she said, "Not just as a woman but as an individual as well, your workspace should be the safest environment you are in after your house. You should not feel threatened or in danger while performing your duties whatever profession you might be in. You have to feel safe."

She also asserted how it was frightening for her to know the details that have come out and pointed out that it would not have been easy for Tanushree to speak up about it. Furthermore, she maintained her stance that it is everyone's responsibility to hear Tanushree out when she is speaking and not get into value judgment and character analysis. "I do hope that this incident encourages women to come out and speak about it as it is not like this doesn't happen everywhere. I think it will be nice if a safe environment for women is created," she added.

Last but not the least, she corrected her co-star Varun Dhawan, who said that "the biggest thing is that it happened in 2008 and we are talking about it in 2018, by saying that, "don't question those things that why is it happening so late. it is not right! If justice is not served, it can happen anytime."

Well, it is heartening to see Anushka take a powerful stand for all women in the film industry.