Advertisement
HomeBOLLYWOODENTERTAINMENT NEWSKareena brought her inner Poo out at the launch of her radio show, urges women to be unapologetically awesome

Kareena brought her inner Poo out at the launch of her radio show, urges women to be unapologetically awesome 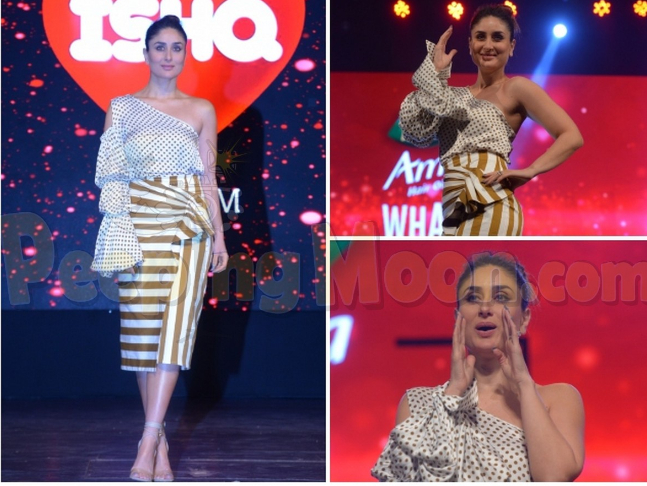 Sometimes it becomes really difficult to differentiate where the character of Poo ends and where Kareena Kapoor Khan’s real persona begins as they are uncannily similar in real life. Yesterday, Kareena launched her debut radio show What Women Want and took everyone by surprise by showcasing her sassiest, sauciest and sexiest best. She introduced the audience to her show for Ishq 104.8 FM which will discuss the misogyny and sexism that women have to deal with in India.

Kareena had her Poo mode on during the launch and made some bold statements on why women should speak up and own this world with confidence. She launched her show through a monologue saying, “Let’s go off the taunts. That’s what a woman wants.” The highlight of the event was when she danced on Bole Chudiyaan and You Are My Sonia from her film Kabhi Khushi Kabhie Gham and she nailed the steps even after 17 years.

RECOMMENDED READ: I can never be Sara’s and Ibrahim’s mother: Kareena Kapoor Khan on her equation with Saif Ali Khan’s kids

Kareena’s monologue had some hard-hitting points on the way society curtails and puts boundaries on weomen. She said, “Married toh aunty, unmarried toh lame, umarried toh shame shame. To quote Shakespeare what’s in a name?kyun khelo yeh surname wala game?zyada padh liya to ‘ai chasmish’, lipstick zyada ho gayi toh ‘ai heroine’. Ghar late aao toh character par shaq, all I want to say is where the hell is my haq?Size Zero ya XXL it’s our life, so what the hell. Let’s go off the taunts, that’s what women wants. To Be, to live, to love, stay quiet or just flaunt. Be unapologetically sexy, be unapologetically awesome.”

Kareena will have celebrities on her show and her sister Karisma Kapoor and Sunny Leone are a few who have already shot for the show.