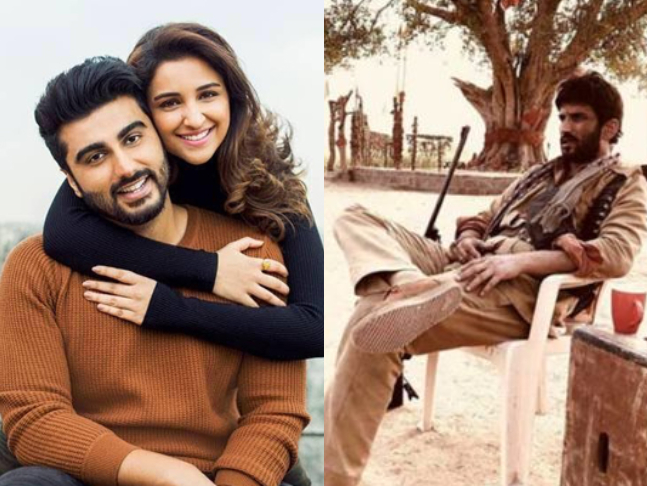 In times when filmmakers avoid box-office clashes in fear of losing their business, we hear that not one or two but three films are expected to lock horns at the box-office in March this year. For those who are caught unaware, it will be Arjun Kapoor versus Sushant Singh Rajput and Kartik Aaryan as their respective films are slated to hit the screens on the same date, that is March 1, 2019.

Arjun and Parineeti Chopra starrer thriller Sandeep Aur Pinky Faraar, which was due to release in August last year, was pushed to March 1, 2019. In the film, Arjun will be seen as a Haryanvi cop and Parineeti will portray an ambitious corporate professional. Add to this, Sushant and Bhumi Pednekar starrer dacoit drama Sonchiriya will now hit the screens on March 1, instead of February 8, the makers announced recently. The film, set in the 1970s, showcases a small town ruled and dominated by dacoits as multiple gangs fight to attain power.

Along with that, there’s Kartik Aaryan's and Kriti Sanon’s first film together Luka Chuppi, which is slated to release on the same day as well. The rom-com based on a star reporter of a local news channel in Mathura who falls for a spirited and feisty young woman.

Now with three films hitting the theatres on March 1, the stakes are certainly high and the A-list actors will have to fight, not only for the love of the audience but the number of screens too.