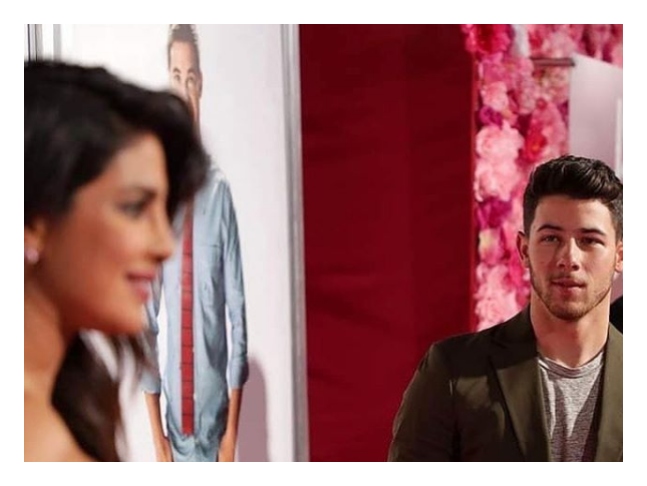 Priyanka Chopra and Nick Jonas attended the world premiere of her upcoming Hollywood film Isn’t It Romantic and pictures of the couple from the event went viral on the internet. But one such picture that Priyanka posted on Instagram features her husband gazing at her as she made an entry at the event. “Find someone who looks at you like that,” Priyanka captioned her post but the story is something else.

Nick, on Priyanka’s post, revealed the reason behind his amorous gaze at his wife, as he commented, “Looking like a snack.” Now, you tell us, Isn’t It Romantic?

Priyanka and Nick married in a private ceremony in Jodhpur in December 2018. Some more pictures from the event here:

Isn’t It Romantic narrates the story of a New York architect Natalie (Wilson) who works hard to get noticed at her job, but is more likely to be asked to deliver coffee and bagels than to design. Priyanka plays the role of a yoga ambassador.

Isn’t It Romantic will release in India on streaming platform Netflix. According to a statement issued in January, Isn’t It Romantic, also featuring Rebel Wilson, Liam Hemsworth and Adam Devine, will premiere on February 28 in India. The film will release on all Netflix territories outside of the US and Canada — where it will open in theatres.