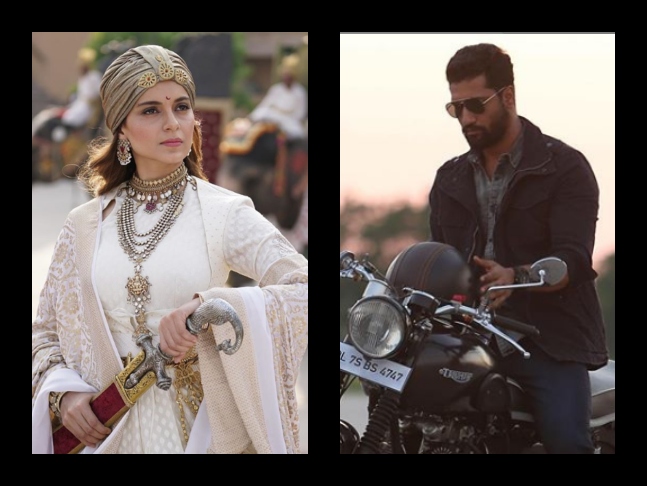 Kangana Ranaut’s Manikarnika: The Queen Of Jhansi has earned over Rs 100 crore at the box office but while speaking of the success of the film with a leading daily, the actress said that she didn’t expect competition from Vicky Kaushal’s film Uri: The Surgical Strike. Manikarnika clashed with Nawazuddin Siddiqui’s Thackeray at the box office on January 25 and while Kangana’s film continued to fare well, Uri, which released on January 11, gave tough competition to Manikarnika.

In her interview, Kangana said that Uri, even in its third week during Manikarnika’s release, put up a tough fight. “None of us expected the competition we got from Uri. It was another patriotic film that shared the same theme - fighting back for the nation. It was in its third week, but it still put up quite a tough fight,” Kangana told the daily. Uri, directed by Aditya Dhar, turned out to be a blockbuster as it has collected Rs 226.05 crore so far.

Vicky Kaushal in a still from Uri: The Surgical Strike[/caption]

Of the success of Manikarnika, Kangana told the daily, “It has been made on 1/3rd the budget of any period film, or even a regular commercial movie, for that matter. And we have recovered the cost. I am glad it has become a landmark film. We have made considerable headway for women-centric films."

Kangana Ranaut in a still from Manikarnika: The Queen of Jhansi[/caption]

Manikarnika, though, involved itself in controversy ever since Krish, who was directing the project, opted out of it midway. Kangana, who plays the titular role in the film, stepped into Krish’s shoes as the director after he departed the project due to what has been blamed on scheduling conflicts and creative differences.

The fiasco had ensued after Krish’s comments over the actress taking credits as the primary director of Manikarnika: The Queen of Jhansi.