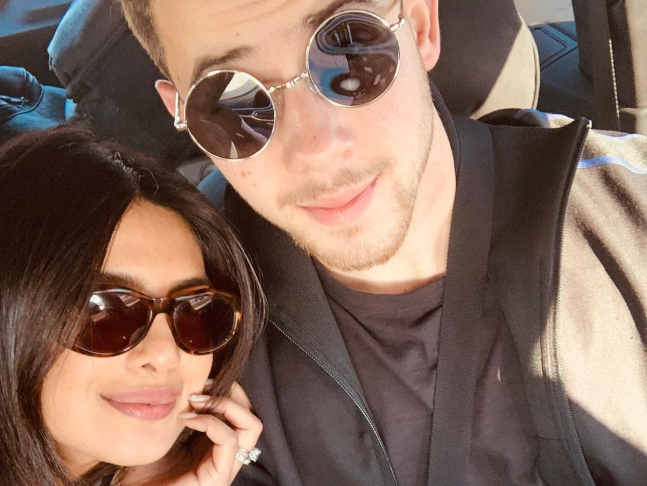 Priyanka Chopra recently made heads turn at the Vanity Fair Oscar after-party held on February 25, 2019 with husband Nick Jonas. Looking gorgeous in a black Elie Saab sequined gown, the actress was complemented by her hubby, who opted for a blue suit and bow-tie. What's more? The couldn't get their hands off each other while posing on the red carpet and mesmerized everyone with their chemistry during the photo-call.

Now after their debut as a married couple at the Oscars Party, Priyanka and Nick headed straight to New Delhi. Sharing a selfie with Nick, Priyanka wrote on Instagram, "Best travel buddy ever..hello Delhi.. so good to be back.. @nickjonas" Take a look:

For those caught unaware, Priyanka is back in India to begin shooting the last schedule of her comeback Bollywood film, The Sky Is Pink. The shoot of the film, which also stars Farhan Akhtar and Zaira Wasim, will resume from March 1, 2019, as announced by the director Shonali Bose.

Interestingly, Priyanka and Nick decided to give the pre-wedding bash of Akash Ambani and Shloka Mehta a miss while several Bollywood biggies like Shah Rukh Khan, Ranbir Kapoor, Alia Bhatt, Malaika Arora, Arjun Kapoor, Karan Johar and others, have headed to Switzerland. So for now, let's wait when Priyanka and Nick make their way to Mumbai.