Advertisement
HomeBOLLYWOODENTERTAINMENT NEWSYes, undoubtedly, we are together: Arbaaz Khan confirms his relationship with Giorgia Andriani

Yes, undoubtedly, we are together: Arbaaz Khan confirms his relationship with Giorgia Andriani 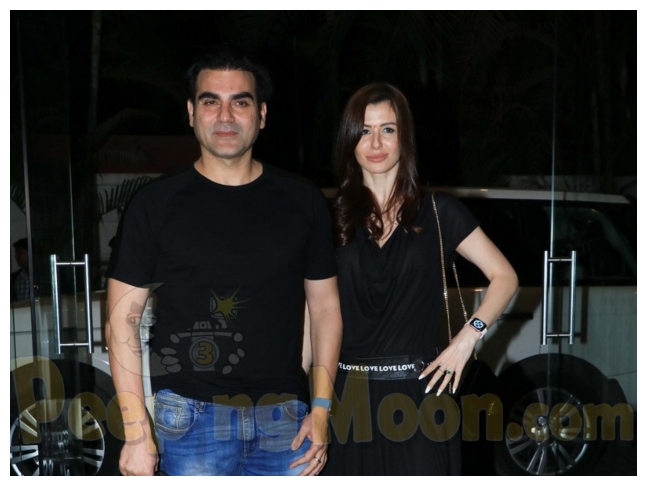 Arbaaz Khan has confirmed his relationship with model Giorgia Andriani and “unhesitatingly admitted” that she is “there in his life” at this point of time. While speaking to a leading daily, Arbaaz said that he doesn’t intend to ‘hide his affair’ and as far as the future of his relationship is concerned, he added that time will tell.

“If I had to hide my affair, I would not have brought it in open. I unhesitatingly admit that Georgia is there in my life at this point in time. Somebody who I have at his time in my life is a friend who I am also dating. Where it is going to go? Only time will tell. Yes, undoubtedly, we are together,” Arbaaz told the daily.

Rumours of Arbaaz and Giorgia’s relationship surfaced after they started making public appearances in 2018. Giorgia, in fact, accompanied Arbaaz to his sister Arpita Khan Sharma’s Ganesh Chaturthi celebration and also posed for the paparazzi with him. Arbaaz and Giorgia also attend events and public soirees frequently and are photographed together.

While speaking to the daily, Arbaaz also said that Giorgia has encouraged him to have a positive approach towards life. “When you are living alone then you tend to take life casually. You can either change for the better or probably for the worst. You can get addicted to a bottle or you may think that there is nothing left in your life. Fortunately, I was not in that mindset and my partner encourages me to remain positive and go ahead in life,” he added.

Arbaaz was married to Malaika Arora till 2016 following which they announced their separation and got divorced a year later. Malaika and Arbaaz have a son together, Arhaan.

“There was a time when I needed to be worried and now it’s over. Whether you forget or forgive, whatever scenario you may choose, you have to move on,” Arbaaz said.