Advertisement
HomeBOLLYWOODENTERTAINMENT NEWSKesari making video: Akshay Kumar shares the most challenging part about shooting for the epic battle of Saragarhi

Kesari making video: Akshay Kumar shares the most challenging part about shooting for the epic battle of Saragarhi 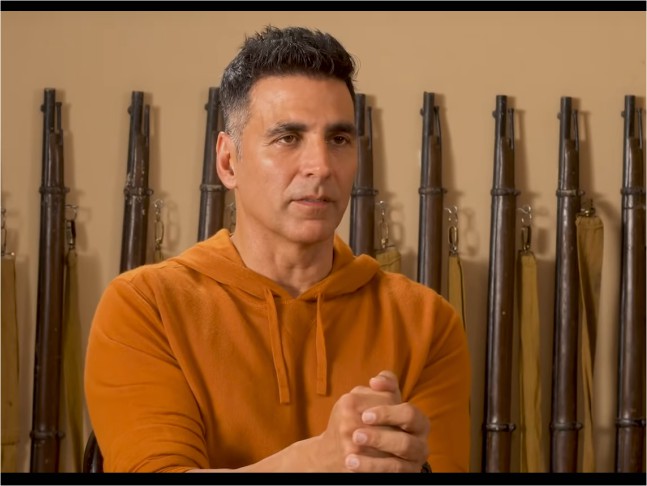 Akshay Kumar starrer Kesari is all set for its big release this Holi and film is already making a lot of buzz with its impressive trailer and songs. On March 12, the makers of the film released a video on the making of the film where Akshay Kumar is seen talking about his role, experience and film Kesari.

In the 3 minute long video, Akshay is seen saying, “I had the best time doing action for Kesari because they were raw. The very premise of the film is something that swells my chest with pride. There are two major action sequences the film has. Spiti was a beautiful place but it had its own challenges - high altitude and low oxygen. The action choreography was quite difficult. Also, to recreate a battle that took place in 1897, we had to learn the traditional battle style then.”

Akshay Kumar in a poster of Kesari[/caption]

Recommended Read: One day, I was informed that he doesn’t want to be a part of the film anymore: Kesari director Anurag Singh on Salman Khan’s exit

“Kesari is based one epic battle of Saragarhi which was one of the most heroic battles seen in the history. It is a story about the courage of 21 Sikh soldiers who fought against 10000 invaders to defend their honour. The film also salutes the never-give-up attitude the Sikhs have,” the actor added.

Director of the film, Anurag Singh also said, “The most interesting scene to choreograph was the climax when Akshay sir takes the sword and fights. The guys are storming into the fort and he is standing there alone... that was something.”

Produced by Cape of Good Hope Films and Karan Johar’s Dharma Productions and directed by Anurag Singh, Kesari, also stars Parineeti Chopra and is scheduled to release on March 21.