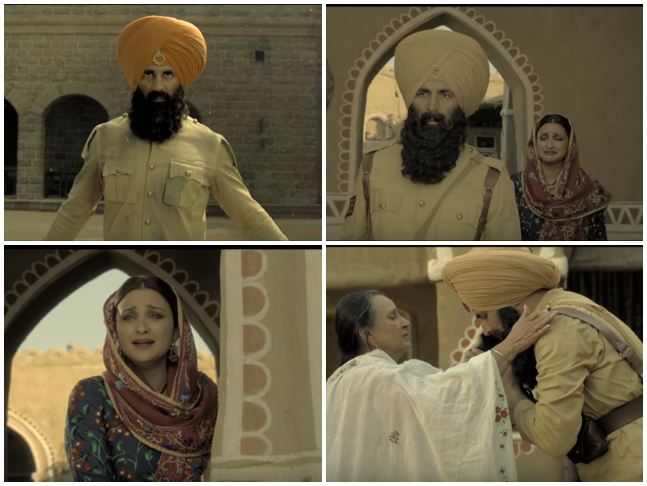 Kesari song Teri Mitti has been released and it is probably the heart-and-soul of the film as it shows Akshay Kumar’s love for his wife as well as his dedication towards his motherland. It is a heartwrenching composition that will definitely give you goosbumps when you hear it.

Teri Mitti is sung by B Praak and composed by Arko. The touching lyrics have been penned by Manoj Muntashir. The song shows the love between Akshay Kumar and his wife Parineeti Chopra as well as his dedication and patriotism towards his motherland.

A still of Akshay Kumar and Parineeti Chopra from Kesari[/caption]

The video is equally touching. We get to see Akshay and Parineeti getting married and their love story. The tender moments between the two are shown beautifully in the song. When Akshay’s mother in the film bids him goodbye as he leaves for his post it brings a lump to one’s heart knowing that this the last time she is seeing her son.

Kesari is based on the historic Battle of Saragarhi where a regiment of 21 Sikhs attempted to protect their British Army post from an attack of 10,000 Afghan invaders. The battle is probably one of the greatest that has ever been fought all over the world. Kesari is slated to release on Holi on March 21.