Advertisement
HomeBOLLYWOODENTERTAINMENT NEWSFor me wearing the pagadi was a sign of honour and responsibility: Akshay Kumar on playing a Sikh Warrior in Kesari

For me wearing the pagadi was a sign of honour and responsibility: Akshay Kumar on playing a Sikh Warrior in Kesari 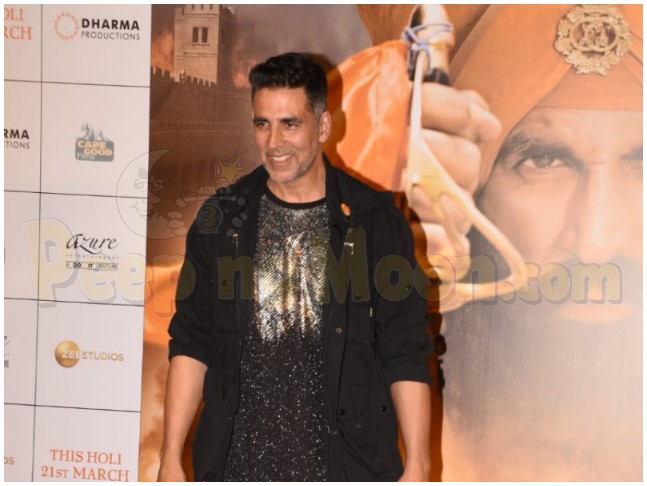 Akshay Kumar, Karan Johar and Parineeti Chopra hosted a press conference today for their upcoming film Kesari. Directed by Anurag Singh and co-produced by Karan under his Dharma Productions, Sunir Khetarpal and Zee Studios the film is based on the historic Battle of Saragarhi where a regiment of mere 21 Sikhs fought till death to keep an invasion of 10,000 Afghans from capturing their post.

Akshay plays the role of Havildar Ishar Singh the regiment leader who fought bravely at the battle. He spoke at length about his character and also described the feeling that he got as soon as he donned the turban and came into his character. He said, “'Pagadi' is a symbol of respect, pride and responsibility in every community, and for me, it means honour.” He also said, “Jab main pagdi pehneta tah, toh ek shaan si apne aap aa jati hai, aapki jo reedh ki haddi hai who ekdum seedhi ho jati hai, kyunki aapke kandhe pe aapke sar pe ek halka saw wazan aa ajata hai, to aap apne aap mein become aware of everything. I have observed ki jo log sahi se pag pehente hain who hamesha sahi hisab se khade rehte hain.”

Talking about the character of Havildar Ishar Singh, Akshay also said that he has used a sword of only 7-8 kgs whereas people in the past used to lift a sword of 20-25 kgs.

He also said that Kesari is extremely special for him as his father was a soldier in the Indian Army. Akshay said remembering his father, “My father was in the army. Hence, Kesari has been equally special to me. The story of 21 Sikhs against 10,000 men, fighting for the country, honour and Gurus is exceptional. Google The Battle of Saragarhi and you will find it at No.2.”

Anurag also shared why people in the past wore huge turbans.

Kesari is slated to release on Holi on March 21.