Advertisement
HomeBOLLYWOODENTERTAINMENT NEWSIt is sad that though the British celebrate Saragarhi Day, we Indians have forgotten about it: Akshay Kumar on Kesari

It is sad that though the British celebrate Saragarhi Day, we Indians have forgotten about it: Akshay Kumar on Kesari 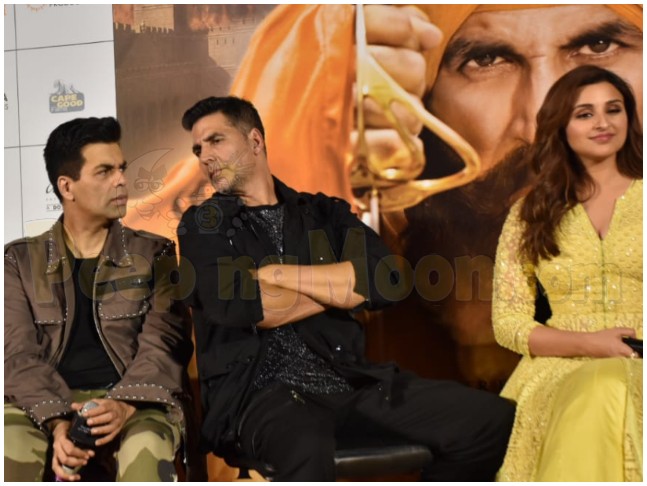 Akshay Kumar’s and Parineeti Chopra’s upcoming film Kesari is one of the most awaited films of the year. Today, at a press meet organized for the launch of the song Teri Mitti Akshay and Parineeti were accompanied by co-producers Karan Johar and Sunir Khetarpal as well as director Anurag Singh who gave out some details about the film. At the press meet, Akshay spoke about how important it is for our children and countrymen to know the story of these heroic people who fought in The Battle of Saragarhi way back in 1897 on which Kesari is based.

During the press meet, Akshay said, “It is sad that though the British celebrate Saragarhi Day, remembering the martyrs of the war, but we Indians do not know much about it. It is sad how an incident like this has got lost in the pages of history.”

RECOMMENDED READ: For me wearing the pagadi was a sign of honour and responsibility: Akshay Kumar on playing a Sikh Warrior in Kesari

He further added, “It is hard to imagine how 21 Sikh soldiers stood strong inside a fort, knowing that 10,000 Afghan soldiers were waiting outside to kill them. Knowing that death is inevitable and continuing the fight requires a lot of bravery. That war was a pure example of that. They fought for our country, for our honour. So, I would like to urge all the parents to show the film to their children. Our youngsters should know about our war heroes. This is also an educational film. It is a true incident and based on real characters."

The Battle of Saragarhi was fought between a regiment of 21 Sikhs and 10,000 Afghan invaders who attempted to capture the fort in North West Frontier Province of British India. However, they were in for a rude shock when they were faced by 21 valiant and courageous Sikh soldiers who fought till their death but did not let the invaders claim the fort. Kesari is slated to release on March 21.