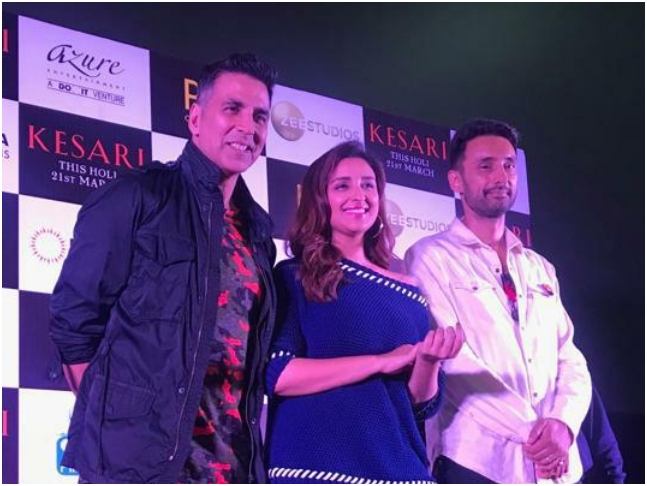 Akshay Kumar is in the midst of an arduous schedule as he is busy discharging promotional duties for his upcoming film Kesari in different cities with co-star Parineeti Chopra and director Anurag Singh. On Monday, Akshay, Parineeti and Anurag promoted Kesari in Chandigarh while they also interacted with a cheerful audience.

Akshay was handsome in a tee and denims paired with a jacket while Parineeti kept it simple in a blue top and pants.

Kesari casts Parineeti as Akshay’s wife. The film is based on the Battle of Saragarhi in which an army of 21 Sikhs fought against the Afghans in 1897. Kesari is scheduled to release on March 21.