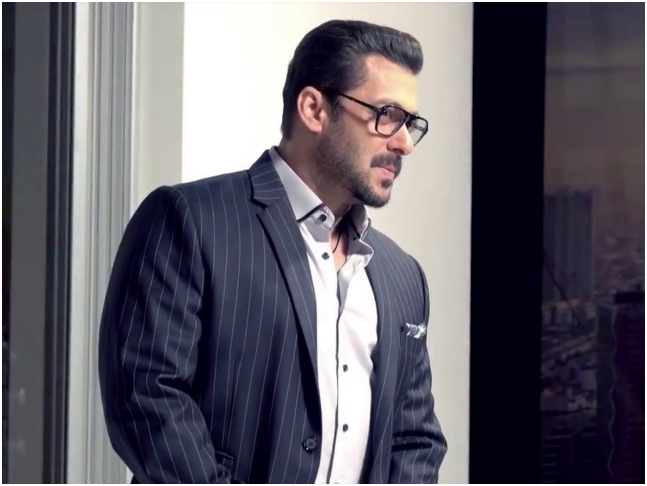 Salman Khan discussed his upcoming production Notebook, set in the backdrop of Kashmir, and said that the plot of the film is based on how children, who are being “misled” in the valley, “finally drop the gun” and choose education. Notebook, directed by Nitin Kakkar, stars newcomers Zaheer Iqbal and Pranutan Bahl.

During his conversation, Salman also said that imparting appropriate education is important as the suicide bomber Adil Ahmad Dar, who was responsible for the attack in Pulwama on February 14, was also educated but not in the correct manner.

“When we heard about that (the Pulwama attack), it just killed us. But the backdrop of Notebook  is exactly that...that the kids come and leave that gun. Education toh sabko milti hain - sahi taleem milna bohot zaroori hai. (Everybody receives education but it is important to impart the right training and education). Jo isne kiya, isko bhi education hi mila tha, lekin uske jo tutors thhe, teachers thhe, principal thhe, woh galat thhe. (Adil Ahmad Dar was also educated but his teachers and principal did not impart it correctly),” Salman told reporters on Wednesday in Mumbai.

As many as 49 CRPF troopers lost their lives in the Pulwama terror attack on February 14 in which their convoy was attacked. Pakistan-based Jaish-e-Mohammed claimed responsibility for it.

Recommended Read: Our armed forces will give a befitting reply to terrorists, says Kapil after supporting Sidhu over his Pulwama comment

Salman Khan’s Notebook will release on March 29. He will appear next in his Eid release Bharat, co-starring Katrina Kaif.