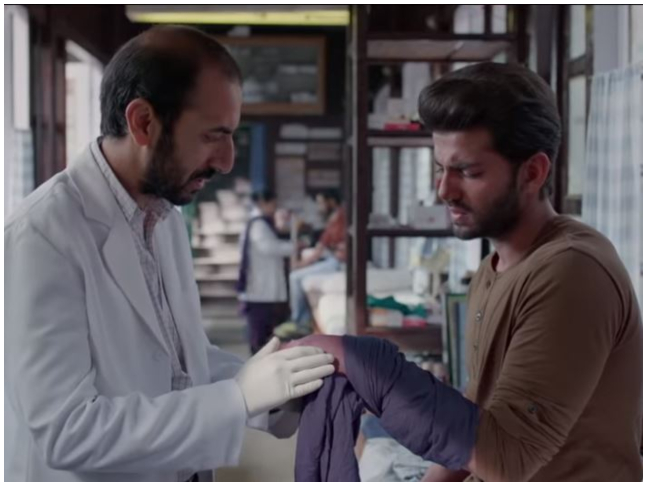 Makers of Zaheer Iqbal and Pranutan Bahl's launch film Notebook are leaving no stone unturned to keep the audience hooked to the storyline. After releasing two dialogue promos from the film, makers have dropped in the third dialogue promo featuring Zaheer as Kabir. Giving us an insight into the film with each promo, the new video showcases Kabir, who fractures his hand immediately after waking up in the morning.

The video opens to the view of breathtakingly beautiful mountain ranges in Kashmir and shifts focus to inside a tent where Kabir is staying. Kabir, with sleepy eyes, heads towards the tent opening and ends up falling down hard leading to a fractured arm. The scene then moves to a clinic where Kabir has an interesting conversation with the doctor.

Recommended Read: Notebook Promo: Zaheer Iqbal’s fun-filled moments with the children will put a smile on your face

Salman Khan Films presents Notebook - a Cine1 Studios Production. Notebook is directed by National Awardee Nitin Kakkar and features Pranutan and Zaheer in lead roles. Notebook is produced by Salma Khan, Murad Khetani and Ashwin Varde and is slated to release on March 29.