John Abraham's 'Pagalpanti' to clash with Ayushmann Khurrana's 'Bala' at the box office on November 22, 2019

On September 6, the makers of John Abraham starrer Pagalpanti announced that they are offering their release date of November 8, 2019, to Milap Zaveri's Marjaavaan. Previously, the Milap Zaveri-directorial featuring Sidharth Malhotra taking on a three-foot antagonist in Riteish Deshmukh was slated to open on November 22, the same day as Ayushmann Khurrana’s Bala releases.

Now, Bhushan Kumar, who is all set to produce the Anees Bazmeee-directorial Pagalpanti, confirmed that the film will now release on November 22 and clash with Ayushman's Bala. Bhushan said, "Yes, Pagalpanti will now release on November 22.” Bhushan also happens to be the producer of Marjaavaan which will now open on November 8 (the initial release date of Pagalpanti). Interestingly, John was one of the producers of Ayushmann's Bollywood debut, Vicky Donor and now the two are all set to lock horns at the box office. After the film's runaway success, the two were to collaborate again, but the project didn’t materialize. Prior to the release of the Shoojit Sircar directorial, Ayushmann was quoted as saying, “John is my god-brother in Bollywood.” 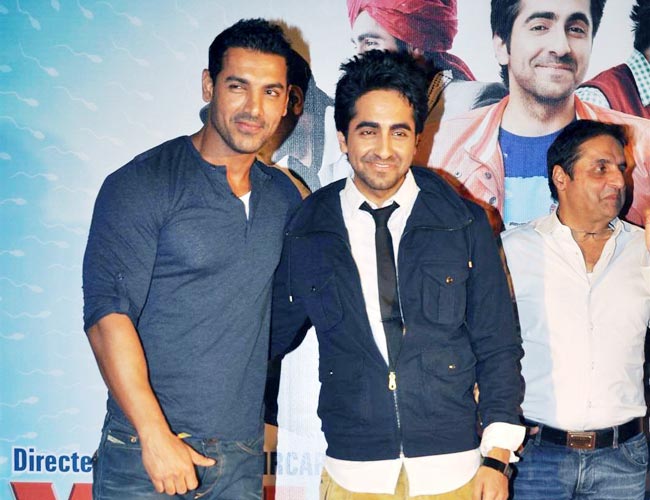 Pagalpanti featuring John, Anil Kapoor, Ileana D’Cruz, Kriti Kharbanda and Arshad Warsi is a laugh riot. Bala is directed by Amar Kaushik, who made his Bollywood directorial debut with Rajkummar Rao's and Shraddha Kapoor's Stree in 2018. Apart from Ayushmann, the film stars Bhumi Pednekar and Yami Gautam in lead roles.