'She was my enemy,' says Pooja Bhatt on her initial equation with her father Mahesh Bhatt's second wife Soni Razdan

Pooja Bhatt, who is all set to make an acting comeback with her father Mahesh Bhatt's directorial homecoming Sadak 2, has been sharing some cutesy and aww-inducing moments with Alia Bhatt, Shaheen Bhatt and Soni Razdan, apparently her step-sisters and step-mother. These pictures not only indicate their rapport with each other but also gave a sneak peek into the great bond of friendship they share. But did you know that initially Pooja hated Soni and believed to have snatched her father from her and her mother, Kiran Bhatt? Well, yes. The actress, during an interview with an entertainment magazine a couple of years ago, said she would flare up at the mention of Soni's name and even had bitter feelings for Mahesh.

"Initially, I did resent my dad for leaving my mother for another woman. I also used to hate Soni for snatching away dad from us. In fact, there used to be times when I used to flare-up at the very mention of her name. It was my mother who made me understand and think practically. She would tell me not to resent or hate my father for anything for basically he is a good man at heart," Pooja told. Recommended Read: Sisters Alia Bhatt, Pooja Bhatt and Shaheen Bhatt make the most of Sadak 2's Ooty schedule, chill on the sets together

She further added that Mahesh informed her about his affair with Soni even before disclosing it in front of Kiran. "Once I was fast asleep and at around one-thirty in the morning he woke me up from my deep slumber and told me, 'Pooja I'm seeing another woman. I'm having an affair with her and I want you to know first'. This was even before my mom knew of it. So that shows how open and honest he is with me," Pooja added.

Touching upon her relationship with Soni then and now, Pooja said initially, she considered the former to be her enemy and with time, they became good friends. However, Kiran and Soni gelled with each other mutually and now they get along well. "In the beginning, like I said, we (Soni and I) were total strangers and she was my enemy. But they say na, that time heals all wounds. It healed my heartaches as well. We began by saying hi, hello and then onto making small talk. It took off from there and now we are good friends. It's just of late but mom too has started speaking to Soni. Dad and I didn't try to make them friends. It was on their own that they did so. Done mutually on their own. Now they get along fine," the Sadak actress told. 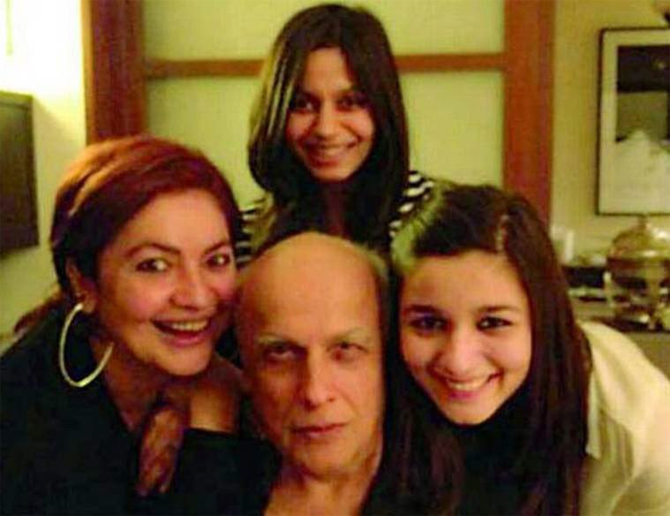 Mahesh tied the knot with Kiran aka Lorraine Bright(maiden name) 1970. The couple became parents to Pooja and Rahul Bhatt. Later, in 1986, he married actress Soni and they are parents to Shaheen and Alia.

Sajid Nadiadwala confirms theatrical release of Bachchan Pandey, Tadap and Heropanti 2, films to release in first half of 2022