Advertisement
HomeBOLLYWOODENTERTAINMENT NEWSHis first reaction to everything is ‘No’: Kareena Kapoor Khan on Saif Ali Khan’s most annoying habit

His first reaction to everything is ‘No’: Kareena Kapoor Khan on Saif Ali Khan’s most annoying habit

Saif Ali Khan and Kareena Kapoor Khan have been together since ages now. The two were in a relationship for a long time before they decided to tie the knot. Now, after being married for almost seven years now and having an adorable little son in Taimur Ali Khan the couple is one of the most loved married Bollywood celebs. However, as marital life goes there are a numerous things that irritate.

Recently, when Kareena made an appearance on a talk show she spoke at length about Saif. In the show she also revealed about the annoying habit of her husband’s irritates her the most. Apparently, it’s his habit of saying ‘No’ to everything at the first go. She said, “His first instant reaction to anything is 'No'. I'm like 'Saif, what to do you want to do? Should we like, try and step out?’ His reaction is, 'No'. 'Can I like reupholster the sofa'. 'No'. And then suddenly three hours later he messages me and say 'Yeah, I think you should reupholster the sofa.' So I'm like 'when I'm telling you why do you always say no'. I think that's just like a thing. He has to say no first and then he kinda comes around." 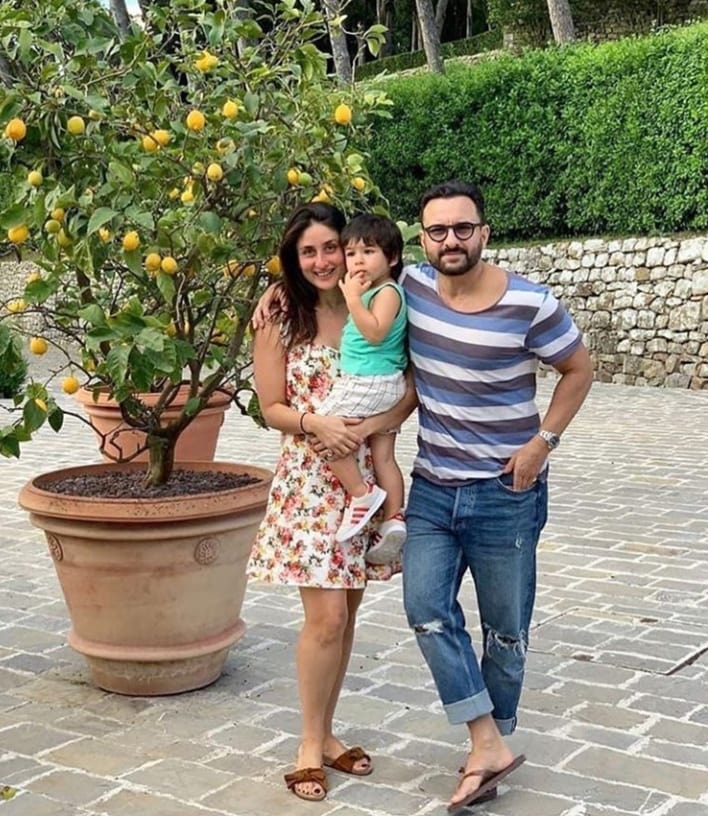 Kareena also shared how they spend their usual evenings at home and said, “I think both of us, we are very social, but we don't like to go to film parties. He doesn't want to go and watch any trial shows because he is like I can't lie, so obviously he won't go... Not too many friends in the film-film circle, even though it's quite strange because both of us are inherently film-film."

Bebo further added, "So, an average evening is always like he is reading, lots of candles are lit. Our dinner's always early, we like to eat in early so like by 7:30 or 8." She added, "In fact 3 times a week, he will be like let's cook, let's have a bottle of wine and chat and that's our kind of catchup with Taimur running around. We are playing with him and sitting."