Advertisement
HomeBOLLYWOODENTERTAINMENT NEWS'Do NOT break the CODE of professional documentation,' says Amitabh Bachchan as he opens up on his health-related rumours

'Do NOT break the CODE of professional documentation,' says Amitabh Bachchan as he opens up on his health-related rumours

In the past few days, reports of Amitabh Bachchan admitted at a suburban hospital for liver ailment did the rounds. So much co, some went on to stated that the actor, who recently turned 77, is in a critical condition owing to Hepatitis B fallout. However, after taking a three-day treatment and stay at the hospital, apparently for an intestine complication, Amitji, on Friday night, headed back home, hail and hearty with son Abhishek Bachchan. Soon after, the actor, who uses a blog to communicate, penned down a note, urging media to not commercialise any person's health-related issues. The Piku actor went on to say that health matters are someone’s confidential right and it should not be exploited for sensationalising purposes. He further thanked his fans for their love, respect and support.

"Prayers concern and the love of them that stand by you, are elements of immense construct .. they believe so you believe .. they present folded appeal, and the reciprocation be of equal strength .. they are real .. they are constant .. they are the energy often questioned ..THEY .... their love and care .. this be the element of reciprocation from me to them .. from them to me ..AND then ..  there is the  ..This world this universe of today the most recorded and vision documented era shall ever be remembered by the cataloging of all that transpires within and without .. the act is lauded and given applause .. but .. .. in the presence of such a vast record among the billions .. about which shall be filed for posterity as the truth .. as that of fact .. it shall never be known , for there shall be a billion versions opinions and thoughts for debate .. the false and the fake once exposed to this vast universe remains the ultimate truth .. try as you may as much as you may, that is what lingers and postulates itself as the finest record .. a pity really, for eventually the compromise on this factor is ever debatable .. and often not in favour of them that postulate ..Do NOT break the CODE of professional documentation .. ailments and medical conditions are a confidential individual right .. its exploitation, and its attempted commerce are a social illegality .. respect and give required understanding to this .. all is not in the world of sale ..  My love .. and my gratitude for all .. for all that consider care, that consider concern and consider prayer for me," Amitji wrote in his blog while sharing pictures of his fans outside his residence on the occasion of his birthday. He even shared some precious pictures with his granddaughter Aaradhya Bachchan in the same blog, while thanking fans and loved ones for their support. 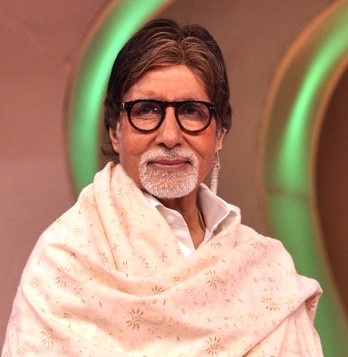 Speaking of the speculation reports, the buzz had it that Amitji is in a critical condition, owing to Hepatitis B, which he contracted while recovering from a near-death accident during the filming of Coolie in 1982. Amitji, on several occasions, has confessed to be surviving on only 35% functioning liver as one of his blood donors was bearing the Hepatitis B virus.