Advertisement
HomeBOLLYWOODENTERTAINMENT NEWS'Desi Girl' Priyanka Chopra Jonas extends her support to 'Gully Boy' ahead of Oscars 2020, to hold screenings in US till year end

'Desi Girl' Priyanka Chopra Jonas extends her support to 'Gully Boy' ahead of Oscars 2020, to hold screenings in US till year end

Priyanka Chopra Jonas is a true global star and there ain't a denial. The desi girl of Bollywood has attained the global status for a reason and this can be proven endless times. The actress isn't just making her home nation proud of her on global platforms but she is also leaving no stone unturned to take Bollywood across the world and we have proof. According to reports of a leading daily, Priyanka will be hosting multiple screenings of the Oscars 2020 nominated Hindi language film Gully Boy in Los Angeles and US in the coming months. It was further stated that since the Mary Kom actress shares a great bond and has worked with Zoya Akhtar, the director, Ranveer Singh, the lead actor and Farhan Akhtar, producer of the said film previously, she will be conducting special shows at theatres to help the project get as much visibility internationally.

Priyanka, on Tuesday, hosted the first screening of Gully Boy at a theatre in LA with her husband Nick Jonas in the audience. Not just once, but from now, the actress will be putting in all her weight on diverting maximum attention towards the film on a larger platform. She will be doing so until the end of the year, with the award function taking place in January 2020. 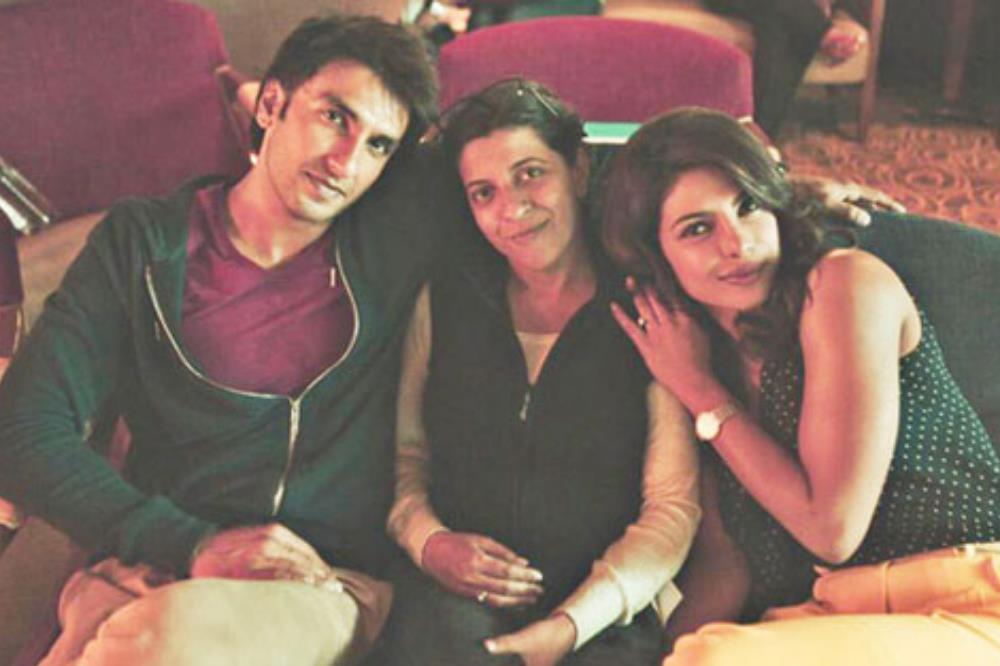 Ranveer Singh, Zoya Akhtar and Priyanka Chopra Jonas during the shoot of Dil Dhadakne Do