After a series of action thrillers, John Abraham is back at comedy and how. The actor, now, is all set to drive the audience pagal with his quirky antics and a dash of stunts with Anees Bazmee's multi-starrer Pagalpanti. With a stellar cast including John, Ileana D'Cruz, Anil Kapoor, Arshad Warsi, Kriti Kharbanda, Saurabh Shukla, Pulkit Samrat and Urvashi Rautela, the film assures to be a hilarious ride. After stunning and leaving everyone rolling on the floor laughing with the trailer, the makers of Pagalpanti, on Thursday, released the first song titled Tum Par Hum Hai Atke on social media platforms. This song is a remake of the track by the same name in Pyaar Kiya To Darna Kya, starring Kajol and Salman Khan.

Speaking of the song, it is shot in London, featuring John with Ileana. Tum Par Hum Hai Atke gives a glimpse into the measures with which John tries to impress Ileana. The song is sung by Mika Singh and Neha Kakkar. Tanishk Bagchi has composed the music while Ganesh Acharya has choreographed the peppy number. Talking about the song, Ileana, in an interaction with media said recreating a classic comes with certain kinds of expectations. She further added that since the song was choreographed by Ganesh, who was behind the dance steps in the original too, it became far easier for her. "Recreating a classic is always met with a certain kind of expectation, and I was definitely nervous. But shooting with Ganesh Acharya (who also choreographed the original) made it so much easier. He made the entire song so much fun that John and I were completely relaxed during the shoot. We had a blast," Ileana told. John further added that since the song is his favourite, he enjoyed dancing to it. "This song is one of my favourites and I thoroughly enjoyed dancing to it," John said.

Anees told that the song is aimed at bringing back Salman's and Kajol's magic and said the young generation would love dancing to it at parties. "I love it how John has performed in this song and I feel there should be more such songs with him in it as the audience will love it. It's a definite add on to the movie and the young generation will love this when they dance to it in the clubs," Anees added. 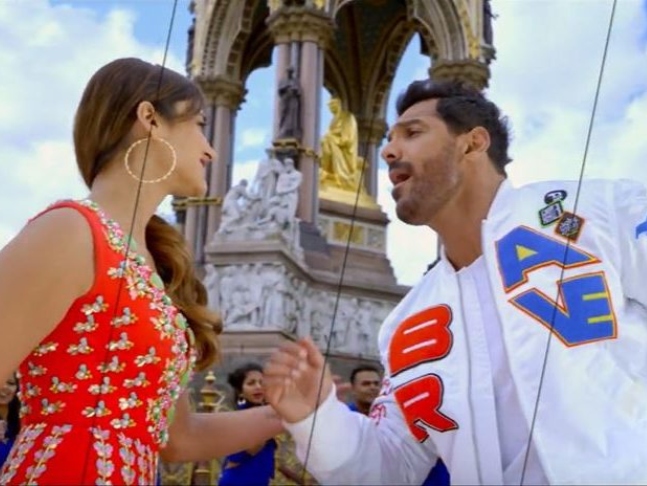 Pagalpanti is produced by Bhushan Kumar and Krishan Kumar's T-Series and Kumar Mangat Pathak and Abhishek Pathak's Panorama Studios and co-produced by Vinod Bhanushali, Shiv Chanana, Aditya Chowksey and Sanjeev Joshi. It will release on November 22, 2019.