Sara Ali Khan's and Kartik Aaryan's alleged love story, a few months ago, became the talk of the town. Fans of both the talented actors were sent into a zone of excitement every time a new gossip or pictures from their outings surfaced. Not just this, the audience, who admired the work of both the stars, were waiting with bated breath to watch them cast the magic of their chemistry onscreen with Imtiaz Ali's yet to be titled sequel of Love Aaj Kal. However, in an unfortunate situation, Kartik and Sara, fondly called by the monicker 'SarTik', called it quits and parted ways. While the nation was keeping a close tab on the happenings related to Sara Kartik's blossoming young love, the producer of the Imtiaz directorial, Dinesh Vijan, it seems had no idea about their mushy love story. Dinesh, who is currently gearing up for the release of Ayushmann Khurrana's Bala, during an interview, revealed that he had no knowledge that the lead actors of his film were dating in reality.

"I didn’t even know Sara and Kartik were dating. I have not had the time to speak to Sara and Kartik about anything in the world. They’re busy, and so am I. But they’re very special to me. They are both strong actors who have the love of the audience, and with Imtiaz Ali, the master of heartbreaks, telling us how love has changed in the last decade, I am confident this film will be a much-awaited 2020 Valentine Day release," Dinesh told. 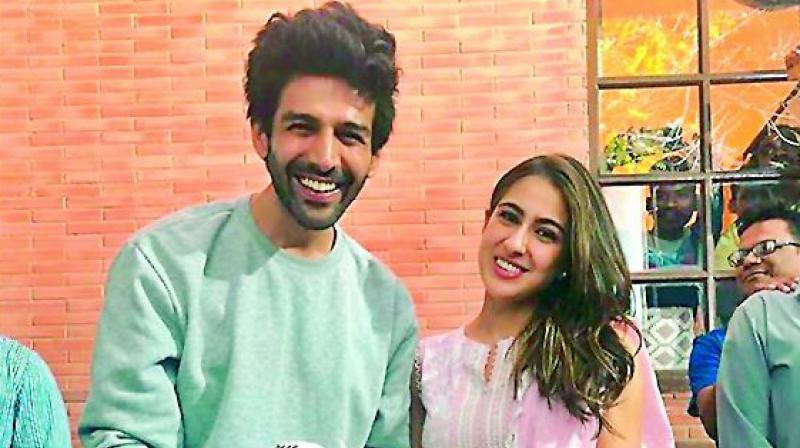 Dinesh, who is Sara's father Saif Ali Khan's close friend, recalled childhood memories of the actress and said he has known her since she was a little girl. "I remember when Saif and I had started Illuminati Films and were launching Love Aaj Kal, Sara was in the office for the puja. I have known her since she was a little girl. Life has indeed come a full circle and she is a part of the Love Aaj Kal’s sequel as its leading lady. Kartik did Luka Chuppi with us and he’s someone I value a lot. Ditto, Imtiaz Ali, who I am teaming up with after a very long gap. So, for me, this film is above controversies and unnecessary attention," Dinesh added.

Speaking of the Imtiaz directed, yet to be titled film, it is scheduled to release on February 14, 2020, and also stars Randeep Hooda in an important role.