Advertisement
HomeBOLLYWOODENTERTAINMENT NEWS‘Please comment on my work and not my choices,’ says Bhumi Pednekar as she defends her role of a dark-skinned girl in ‘Bala’

‘Please comment on my work and not my choices,’ says Bhumi Pednekar as she defends her role of a dark-skinned girl in ‘Bala’

Bhumi Pednekar who is looking forward to the release of her upcoming film Bala tomorrow is all set to impress the audience as a dark-skinned girl Latika in the film. She apparently, faced a lot of criticism and backlash for being cast as a dark-skinned girl and using makeup to darken her face. However, that has not perturbed the ace performer who feels she is an actor and she should be able to do any role.

In a media interaction, she opened up about the whole debate over her character’s look in the film and told a leading daily, “I think it's human nature. I realize that when there is appreciation, there will be criticism. Everybody should have an opinion. Social media is a platform where you can put your opinion. I respect a lot of opinions and take it into consideration but if someone is putting crap then I flush unwanted things down the toilet." 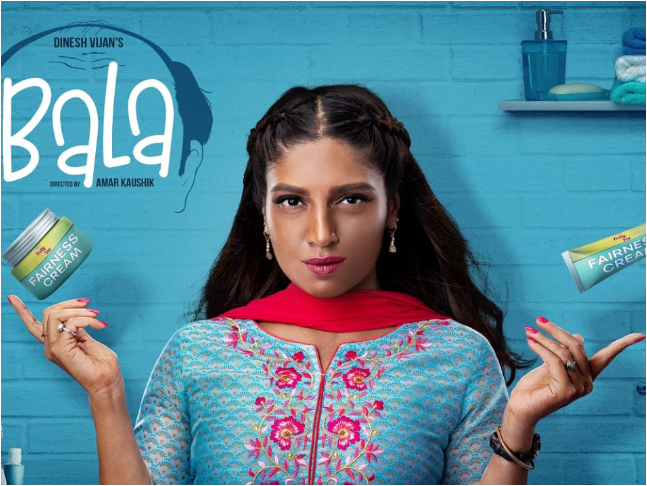 RECOMMENDED READ: Nobody is black or white in the story: Bhumi Pednekar claims 'Pati Patni Aur Woh' not a sexist film

She further added, “I'm an actor. My job is to be able to do a different kind of parts. I choose films because I want to do something different. Watch my films and if you have a problem with it, please come and comment on my work but don't comment on my choices. I'm an half-decent actor. I bring a lot to the film. It's just can't be physical appearance why that person is taken in the film but there is a lot more that an actor has to do in the film. From the start of my career, I have only been a part of films where the girl has a lot to do. It's not the common thing."

Besides Bhumi, Bala also stars Ayushmann Khurrana and Yami Gautam in the lead. It is directed by Amar Kaushik and produced by Dinesh Vijan under his production banner Maddock Films. Bhumi will also be seen in Pati, Patni Aur Woh that is slated to release on December 6 and stars Kartik Aaryan and Ananya Panday alongside her.