Ayan Mukerji's upcoming directorial, Brahmastra starring Alia Bhatt and Ranbir Kapoor in the central roles is undoubtedly one of the highly awaited films of 2020. The film that revolves around a mythological tale of Shiva who can emit fire from his hands has had avid cinema watchers excited to watch the fantasy drama on the silver screen. Brahmastra, which was supposed to be released in December this year, got pushed to Summer 2020, owing to heavy post-production work. While the makers are yet to announce the updated date, fans are curious to delve deeper into the reason for the delay. Giving an answer to all their queries, Alia, who plays the role of Ranbir's love interest Isha, during an interview, told that Brahmastra is a different kind of film and good things do take time to get ready.

"It's a very different kind of film and good things take time," Alia told during the interview. 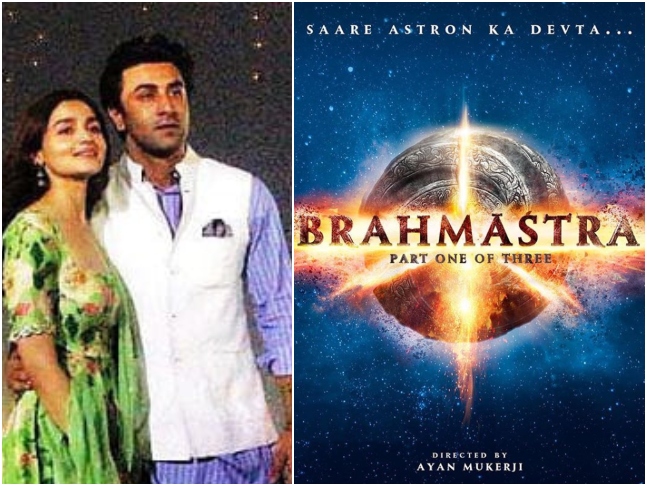 After having shot for Brahmastra extensively across the nation and on International land, the team including Ranbir- Alia, Amitabh Bachchan, Shah Rukh Khan and the main antagonists played by Mouni Roy and Saurav Gurjar travelled to Manali to reportedly shoot for a larger than life climax. Recently, pictures of Ranbir and Alia shooting in Manali went viral, upping the excitement for the film.

Brahmastra, apart from Ranbir, Alia, Amitabh, Mouni and Saurav, features Nagararjun and Dimple Kapadia in important roles. Shah Rukh is said to be a part of the film in an important cameo and has shot for the same at a studio in Mumbai before the cast headed for their Manali schedule.  Brahmastra, produced by Karan Johar under his banner Dharma Productions, is touted to release during Summer 2020.