Filmmaker Ali Abbas Zafar turned a year older yesterday (January 17). The director who has now turned into a producer brought in his special day with a star-studded bash on Thursday night. Ali threw a birthday party in the suburbs on the eve of his 38th birthday and it was attended by the who's who of Bollywood. Our shutterbugs outside the party venue clicked Shah Rukh Khan, Katrina Kaif, Vicky Kaushal, Ananya Panday and Kriti Sanon amongst others.

But what took everyone's attention was SRK's presence at the party. The actor, who made a late-night entry at 1 am, was the last one to leave at 3:30 am along with Ali and Katrina. SRK's presence once again fanned speculations of him featuring in the birthday boy’s upcoming directorial reported to be a lavishly-mounted action flick. Ever since Shah Rukh's Zero released and failed drastically at the box-office in December 2018, the actor has been looking for a suitable project to sign. Every now and then there's speculation of him either collaborating with Rajkumar Hirani for a film or South director Atlee. But the latest one is that he is in talks with Ali whose last film Bharat was a hit. 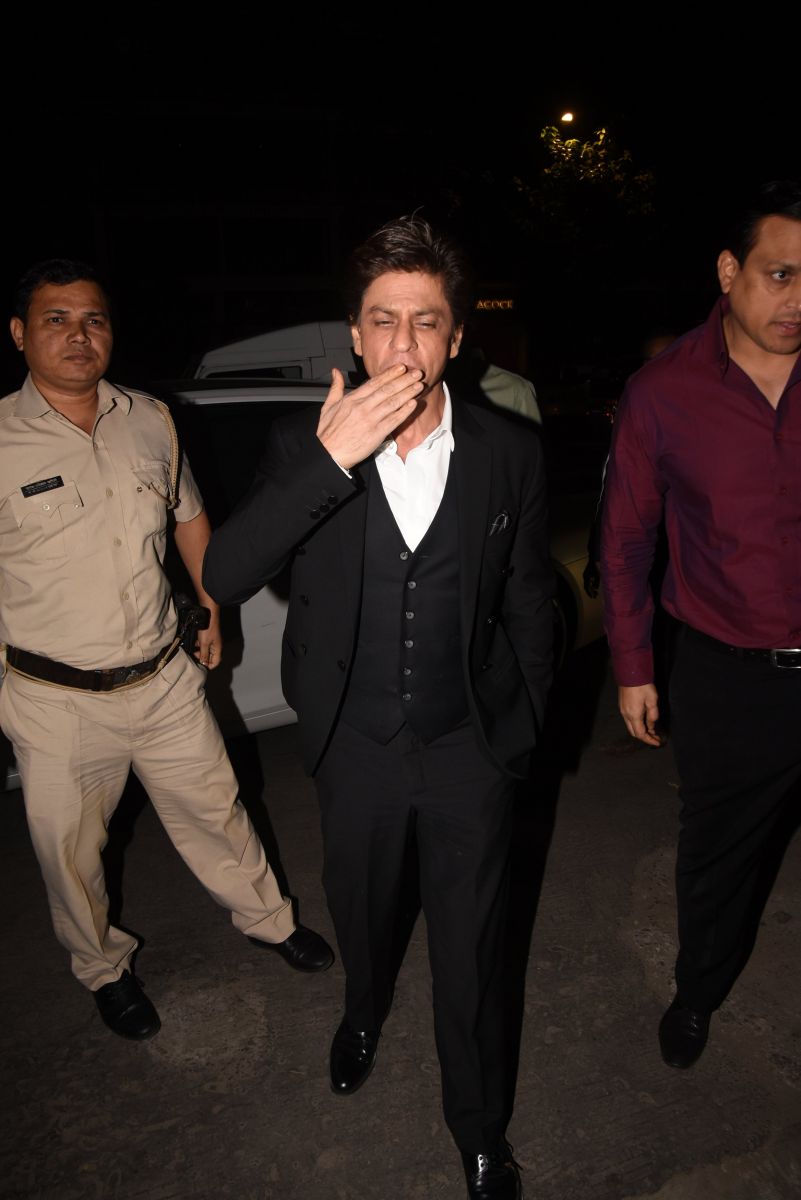 Well, looks like we will have to only wait and watch for the official announcement.