After delivering a superhit performance in Ashwiny Iyer Tiwari's Bareilly Ki Barfi, Kriti Sanon and Rajkummar Rao are all set to reunite for yet another film. The project produced by Dinesh Vijan under Maddock Films is directed by Abhishek Jain and also stars veteran actors like Paresh Rawal and Dimple Kapadia in the lead roles. While the social drama laced with humour was scheduled to go on floors in Delhi in mid-March, it got pushed forward due to Coronavirus lockdown. However, the makers haven't stopped the work on it and zeroed in its title. Titled Second Innings, director Abhishek, during an interview with a leading daily told that the name of the film is apt for the story.

"The title fits our story seamlessly. We were supposed to begin shooting in Delhi in March, but now everything has been pushed due to the pandemic," Abhishek told the leading. 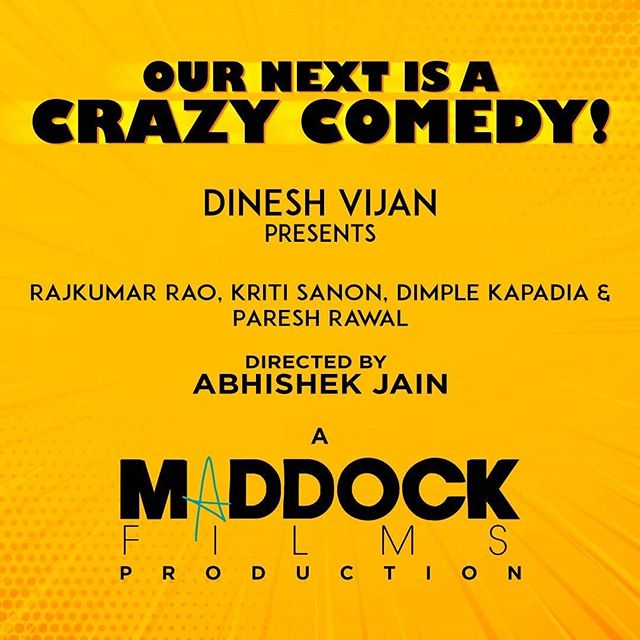 Second Innings revolves around an orphan couple, played by Rajkummar and Kriti. In order to fill the parental void, they bring in an elderly couple to complete their family. However, in a turn of events, they almost end up destroying Rajkummar's life and marriage.

With Second Innings, Abhishek makes his directorial debut after being associated with Sanjay Leela Bhansali on films like Guzaarish and Chenab Gandhi.